Not thoughts, but thinking. Not a bird, but its song. - Weekend 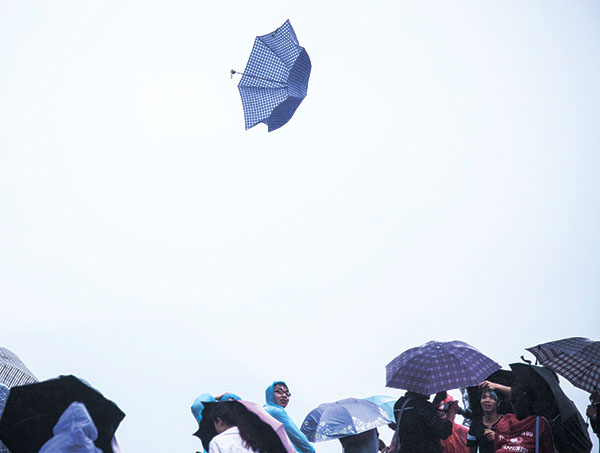 WHAT a mess we’ve made — reading the works of the long dead or the middle-aged, of the long-at-the-desk or history would eventually reveal, the about-to-be-dead, Walter Benjamin, sitting on the floor, with this crates of books, looking at his personal library, thinking about his collection, thinking about the art of collecting, months before, or is it years, before the Nazis catch up with him right at the border of his escape, and thinking that the end was inevitable, Walter, dear Walter, preempts what he believes is his fate and takes his own life. Or does he in fact fulfill his own fate by doing this? Reading enough books written by minds like this, one begins to think like this and write like this. Oh dear. I think this is the reason why I’ve avoided reading David Foster Wallace. No amount of “he’s-the-best-writer-of-his-generation” (meaning “your generation”) can convince me. Or the reason I fantasize some days like this one that I can remain young by reading young. That I can be light by reading light. But I have already lost the patience for the simple sentence, and can only find pleasure when thought is as convoluted as one of the designs on my mother’s vases or as circuitous as thought itself when it is concerned less with reaching a conclusion than it is with rendering on the page a glimpse of its fleeting and complicated and nature. Fleeting not because we are never not thinking but because it’s only rarely we ever really get a good look at our thoughts — the random image we catch of ourselves reflected on the glass door of a department store or the sound of our own voices echoed back to us in a chamber we have accidentally found ourselves in the quieter part of the city. As you can tell, I’m obviously f****d. Ruined really.

The bangkiyud’s a cocky bird with its flashy fan of a tail and the song it sings as it stands on the branch in front of me. It believes no other song is better than his. It torments the poor cat every time it trespasses on its territory, a patch of my father’s garden, the perimeter of which is marked by the water pump, the edge of the tiled step, and the flowering kampupot. The proud bangkiyud pecks the back of the poor cat every time it takes a step away from what it now realizes is a nest in the branches of the cacao tree. I don’t think it’s a smart move on the bangkiyud’s part to reveal inadvertently by its ferocity the secret spot of its treasure. But the way it pecks at the poor cat’s butt for every step it takes even if it’s away, I can’t help but side with the obviously traumatized feline (even if every predator deserves a healthy slap on its back sometimes and even if in general I’m no fan of cats) and for all the pomp of its mighty flashy tail, I grow less and less a fan of Mr. B. Now it walks the fine line of the clothes line. Better to be the yellow-breasted bird I see that hangs upside down a branch to sip the nectar from a flower — even if I don’t know its name.

After five years in the US, I’m back. It’s been a month since I’ve returned. But today, it’s also almost exactly a month before I leave Cebu again for somewhere else. An end of an era — is the eye of the storm? Today, the skies are dark. It is the beginning of the season of rain and I write again. 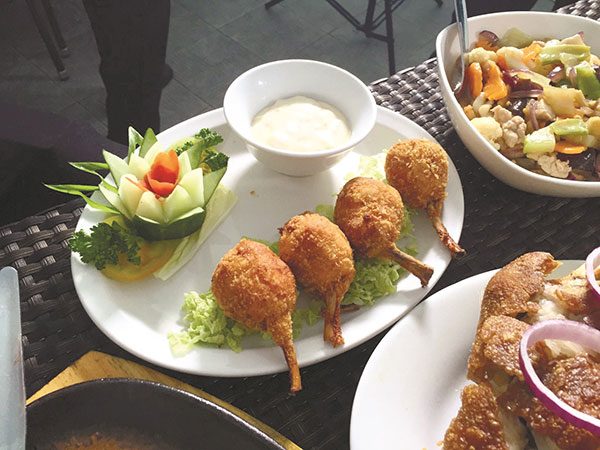 Up the hill and by the water 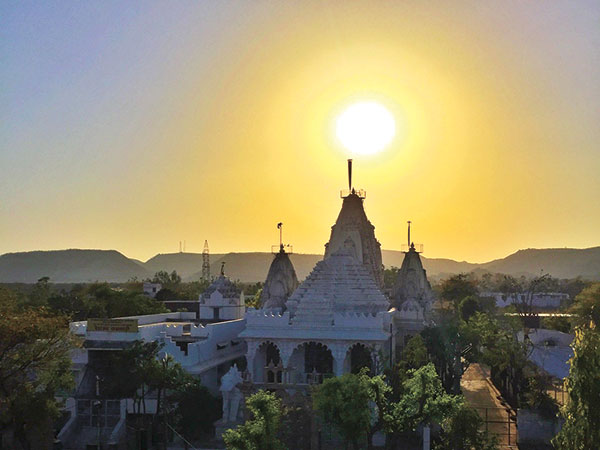