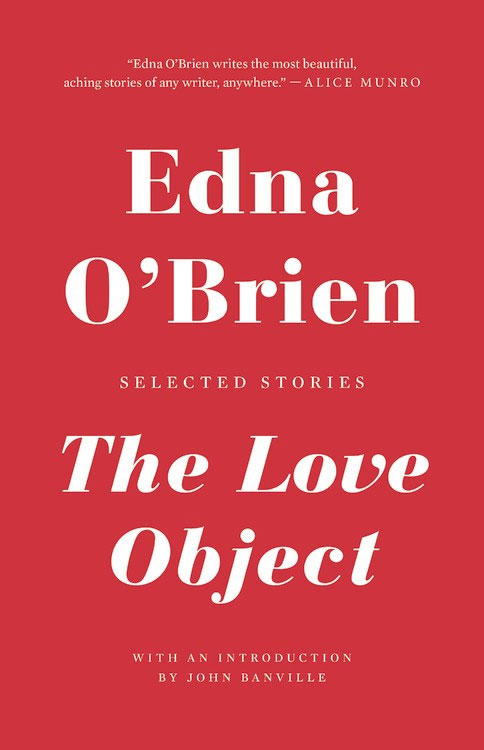 PUT on a pot of tea and curl up with “The Love Object,” the new collection of Edna O’Brien stories. If you’re lucky, it’ll be cold, damp and misty outside.

Many of the 31 stories published between 1968 and 2011 are set in the mossy green Ireland of O’Brien’s youth, a land of stunning physical beauty but also “strange sacrificial women.”

So proclaims the narrator of “A Scandalous Woman,” looking back on the sad fate of her best friend from childhood — a beautiful girl named Eily who had “fair skin and eyes … as big and as soft and as transparent as ripe gooseberries.” Eily is ostracized by her family and eventually driven mad because she had the temerity to have sex before marriage and the bad luck to get pregnant.

In “Send My Roots Rain,” an aging librarian goes to meet a famous poet at a Dublin hotel and loses herself in a sexually charged reverie. “And yes, she would have said yes,” she thinks about a stranger with whom she once exchanged glances, echoing Molly Bloom’s famous soliloquy in “Ulysses.” But that tryst never happened, nor does her poet appear.

As suggested above, O’Brien writes about sex with great urgency, yet the details are neither gratuitous nor vulgar. Her women long for physical intimacy, but their yearning is part of a more generalized desire for meaning and connection.

In the heartbreaking story “Paradise,” the unnamed narrator whispers to her wealthy older boyfriend, “I want it now, now.” He obliges her, but her visit to his seaside villa is a fiasco. At the end of the story, after she’s been spurned, she thinks about how “she always held people to her ear, the way her mother held eggs, shaking them to guess at their rottenness, but unlike her mother she chose the very ones that she would have been wise to throw away.”

Many of her women have backgrounds mirroring aspects of her own — O’Brien grew up in a small village in west Ireland, attended convent school and moved to London — but her range is broad. In “Inner Cowboy,” she channels the voice of a mentally disabled man. In “Black Flower,” she imagines the violent end of an honorable IRA soldier just out of prison.

In a brief introduction, the Irish writer John Banville calls O’Brien “the poet of vulnerability,” and while it’s true that many of her characters are wounded, reading about them is often exhilarating because of her prodigious ability to capture both the beauty and the sorrows of the world. (AP)

‘The Bone Orchard’ A novel by Paul Doiron