Tales of a traveling mom - SunStar 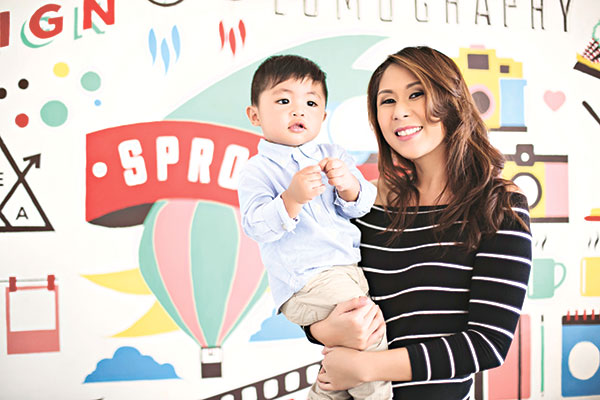 A TYPICAL day finds Rachel Arandilla and her one-year-old son Caleb out and about, being on their feet, doing errands or going to the mall, the university where she teaches or to the cafes she owns. It’s like they easily get cabin fever, she shared, and that the little tyke loves to run around and explore — a trait one can say he inherently got from her, one whose wanderlust and passion for adventure are immeasurable.

On top of being an art professor and entrepreneur, Rachel is an avid traveler and manages a blog titled Postcard Pretty, where she shares her insights on art, history and culture, and her personal experiences visiting new places. And since becoming a mom, she now injects her blog with advice on how to travel with a tiny tot in tow.

“For me, every moment outside is an opportunity for him to learn. It can be as mundane as doing groceries or even checking my students’ school plates. I try to make him as part of my daily tasks as much as possible,” Rachel said. She’s taken Caleb to art exhibits and music concerts, to the beaches, to across the country and overseas. She added, “People say it’s hard to travel with a young baby—but if there’s a will, there’s a way. I constantly expose him to different experiences. I don’t want him growing up learning about real life through a tablet.”

Rachel has been blogging since her high school years, and has written about many of her interests including travel, which she professed as her favorite topic. To date she has been to fifteen countries across Asia, America and Europe—three of which she’s visited with Caleb — and is eying Israel, South Africa and Brazil next. “I can’t say which one was my favorite because my experiences in each country have been different,” she said, “I don’t have a dream destination either because I want to go to all places.”

Rachel shared the inspiration for her new blog, Postcard Pretty, came after a conversation with a friend of hers who had commented how expensive he perceived her hobby was. “He told me, ‘You must be wealthy because you travel a lot’ — and that came from a guy who updates his gadgets every year,” she said. “His comment affronted me, but it is a common misconception that travel requires a ton of money. That’s false. If you don’t have a lot of money but have a lot of will, that’s even better. There are travel hacks and secret information on how to save while traveling.”

A self-confessed “frugal” traveler, she said she finds ways how to lessen expenses like availing of flight mileage, keeping track for special offers and signing up for loyalty cards. She has survived in a foreign country at less than $10 a day, while still getting the cultural immersion she sought out. “I walk. I haggle. I ask,” Rachel said, “I do things on my own rather than rely on agencies.”

In fact, one of her goals this year is finally learning how to bike so she can explore new place easily on two wheels. “It is a shame I can’t bike because in many places like Bali, Paris and Tokyo, you can rent a bike to get around,” she said.

Her adventurous mindset has since placed her at the receiving end of questions from friends — some she has addressed in her blog, piled between her stories about art, history and culture. She said, “It feels nice to be the go-to person on travel because I love to help and share.”

Rachel’s fascination with travel and culture are not only reflected in her blog, but in her other activities as well. She is an art professor at the University of San Carlos – College of Architecture and Fine Arts, and owner of the Sprockets Cafe chain, a hangout spot inspired by photography and pop culture.

Becoming a teacher came as a surprise for her, she said, but a pleasant one at that. She has since found fulfillment in sharing to her students her knowledge and love for the craft, her exposure to different forms of art around the world, and inspiring in them an appreciation for it, beyond the dates, names and book definition. She said, “Getting to know a culture’s soul is the most fascinating thing.”

For Rachel, motherhood is but another adventure, only better because this time it is one now shared with her travel buddy Caleb. “I don’t think I’ve changed much since (becoming a mom),” she said. “I am a bit more careful now and I also try to structure my daily schedule and trips to include him as much as possible. I’m thankful to have such helpful people and a good support system around me that I can easily take him anywhere.”

On the other hand, Rachel admitted, “I’m still learning. I want to make my motherhood fun and lighthearted, but make it all about him. It’s about finding balance — you get protective, but you also want to give him wings.” 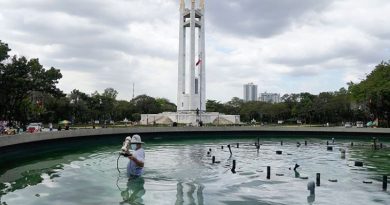 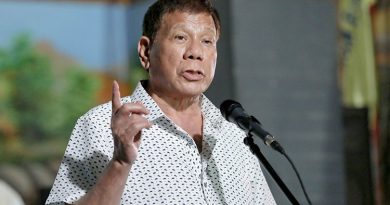 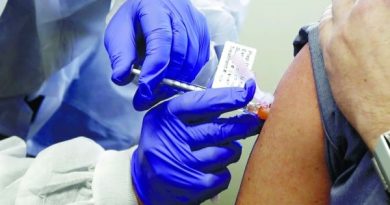 ‘No vaxx, no entry’ rule to be monitored in Mandaue City