Smith, Robbie pour on the charm in sharp ‘Focus’ - SunStar

IF the mark of a good con artist is that he or she makes you think you know exactly what’s going on — when of course you haven’t a clue — that’s also the mark of a good con-artist movie, isn’t it? To make you feel like you totally get what’s about to happen — “Oh yeah, I’ve seen this in tons of movies,” you think — and then, boom. That’s not what happens at all. See, you lost your focus for a second.

“It’s about distraction,” explains Nicky, the con artist played by Will Smith in “Focus,” the consistently entertaining new film by Glenn Ficarra and John Requa (“Crazy, Stupid, Love.”). And that’s what the filmmakers do to us, too — they distract us more than once by making us think we’re watching a predictable, even silly story. We’re lured into feeling smarter than the movie — until we’re not. Damn! How did we miss that?

Of course, deft plot twists aren’t enough. A con-artist movie has to make you find something sympathetic in the artist. And here, the film centers on a romance, so we need to be able to invest in that as well. Luckily, Smith and relative newcomer Margot Robbie (“The Wolf of Wall Street”) generate believable heat together while also appealing to us individually, and so we care what happens to them — even as we keep changing our minds as to which one we should care about most.

Smith’s Nicky and Robbie’s Jess meet cute in New York, where the gorgeous Jess is trying to escape from a creepy guy at the bar. They end up in Jess’ hotel room, where suddenly they’re caught in the act by Jess’ jealous, gun-toting “husband.” Only, Nicky figures out right away it’s a scam (“You should have waited until my pants were off,” he admonishes the amateur pair). Jess realizes she’s met a real pro. “Tutor me,” she pleads.

We next find the two at a football championship in New Orleans, where Nicky and his crew are planning to scam as many fans as possible. Jess shows up, and wants in. In an extended street pickpocketing sequence, she shows herself to have not just ambition and gumption, but also real talent.

Everything goes swimmingly for the two — and they’re falling for each other, besides. But romance is a tricky thing when you’re a lifelong trickster. That becomes clear when, in one of the film’s most entertaining scenes, Nicky has to keep Jess in the dark as it appears that he’s totally self-destructing. You can’t show all your cards, even to the person you love. The person you MAYBE love, and who MAYBE loves you. Unless you’re playing them, or they’re playing you.

The film’s second act jumps ahead three years and takes us to lovely Buenos Aires, where Nicky, having long ago lost track of Jess, is setting up his latest operation. And this one’s bigger than stealing a bunch of wallets.

Nicky’s been hired by a car racing magnate, Garriga (Rodrigo Santoro) to help ensure a win for his team in a high-stakes championship. Despite the suspicions of Garriga’s heavily sarcastic henchman, Owens (an amusing Gerald McRaney), all begins according to plan, until Jess suddenly appears out of nowhere, walking down a staircase in a killer red dress and matching lips. Uh oh.

Is Jess, as it appears, retired from the scamming life and living in luxury with Garriga? Or is she, too, up to something? Do Jess and Nicky still have it for each other? Or do we just think they do?

As the plot twists and turns, it’s best to stop wondering who’s doing what to whom and just, er, focus on watching Smith, wily and vulnerable at the same time, match wits (and hearts?) with Robbie, who makes a case here for more leading-lady roles. It would be fun to watch these two together again. Maybe a sequel called “Re-focus”? Three stars out of four. (AP) 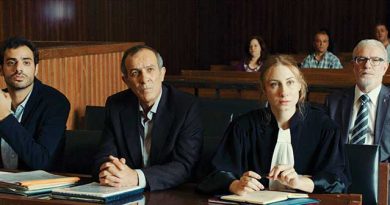 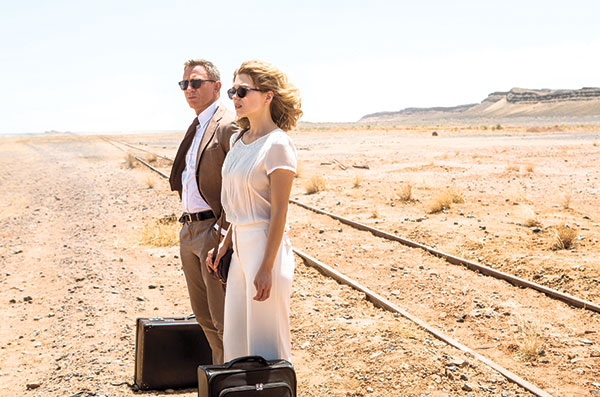 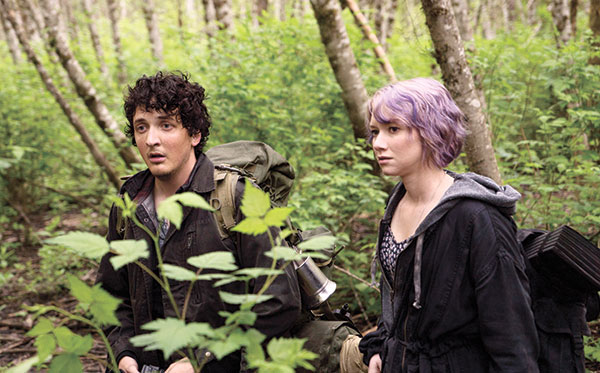 ‘Blair Witch Project’ sequel gets lost in the woods