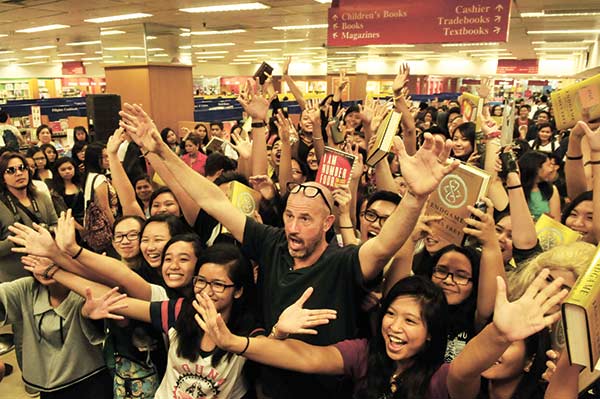 CEBUANO readers welcomed novelist, James Frey, in a book-signing event held last Jan. 31. Nearly 200 of his fans joined in with copies of his bestselling works such as The Lorien Legacies series—which he wrote under the pseudonym Pittacus Lore, and from which the box-office hit I Am Number Four is based on—and his most recent, Endgame: The Calling.

In a press interview held prior to the show, Frey said he was keen meeting his Filipino fans who had expressed their excitement of meeting the author through messages on social media. “I’m just excited to get to do this at all,” he said. “The idea that this is my life, my job, is pretty awesome, ridiculous, and so good.”

A former screenwriter, Frey made headlines as novelist in 2003 with his controversial debut semi-fictional work, A Million Little Pieces, a runaway hit that sold 3.5 million copies shortly after release. Its sequel My Friend Leonard was a bestseller as well. He has since dabbled in other genres, including young adult, and is founder and chief executive officer of trans-media production company, Full Fathom Five.

“The idea is to make cool things that people will like, whether for an eight-year-old, a 14-year-old or a 44-year-old,” he said. It has developed books, television shows, films, and video games released through publishing agreements and deals with media companies.

Trans-media storytelling, or basically storytelling done on several platforms, resonates in Frey’s latest work. A puzzle is written into the Endgame series, and whoever solves the puzzle gets a key that opens to a case on Caesar’s Palace in Las Vegas, filled with $500,000 worth of gold coins. It is his company’s biggest multimedia project yet.

“The idea of Endgame is to read about people playing the game and play a version of it,” he said. “There’s also a mobile game that you can download to your phone, where you can join one of the 12 lines (groups) in the book, and if you’re within 50 yards of another player, you can pull out your weapons and fight each other in the game.”

Frey said he had the idea to do this because of a book he read when he was a young boy. “It’s called Masquerade, an English book with a puzzle in it. If you can solve the puzzle, you win $50,000. I’m doing the same thing on a much, much larger scale.”

He also revealed that Endgame will soon be on the big screen, as it movie rights were recently acquired by 20th Century Fox, with the same producers behind Twilight, The Fault In Our Stars, and Maze Runner.

Quite a character himself, Frey expressed interesting opinions on his craft. Adamant and blunt, he veers away from romanticizing it, seeing it rather as a task and skill that can be mastered through hard work. He doesn’t believe in “inspiration”, and he definitely doesn’t believe in writer’s block.

He said, “I always say that inspiration is for amateurs. The professionals get up and work. It’s is about getting up every day and going to work, like my father did, his father did. I go to my job and I work as hard as I can.”

“If you want to be writer, you sit and write—and you learn how to write in a way that’s appropriate to you, and to tell the story you want to tell,” Frey said. “Maybe very occasionally somebody so gifted is born with it, but we (writers) are not born. We become what we become because of hard work.”

Outside of his “work”, Frey said he enjoys hanging out with his kids, going fishing in a lake at their backyard, and going on off-road rides on ATVs. “I watch TV shows and read books around constantly,” he added.

In fact, in between his stay in a beach resort in Mactan where he said he got bit by a fish, and his visit to a cockpit in Mandaue City where he actually won several times, he read e-books on his tablet and phone a lot.

His local book signing was held at the National Bookstore in Ayala Center Cebu, and was followed with the second leg in Manila the following day.

Writing about the wonder years 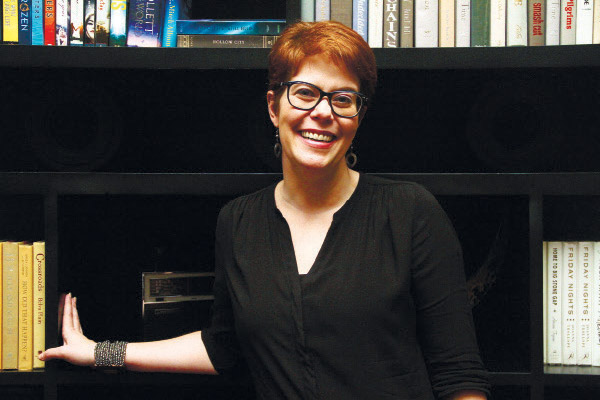 A few things to know about Claudia Gray and Madeleine Roux 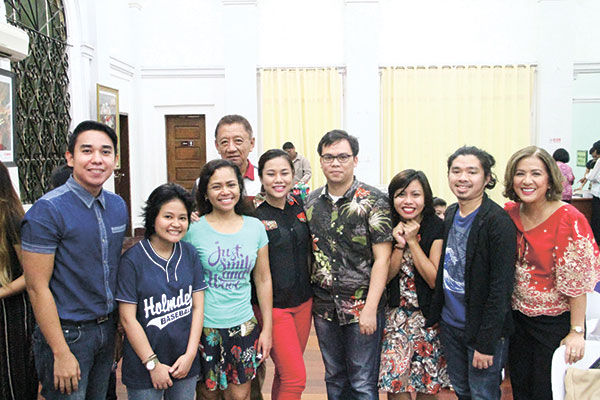