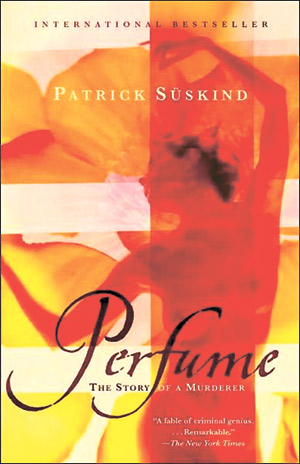 Book review of ‘Perfume: The Story of a Murderer’

PERFUME: The Story of a Murderer is a novel by Patrick Süskind. Originally written in German with the title Das Parfum, the book has been made into a movie recently, starring Ben Whishaw as the lead character, and I am very pleased to know that the film has captured the vital essence of the story line: a tale of obsession and greed, and of the dark yet enticing power of the sense of smell.

The story revolves around Jean-Baptiste Grenouille, who was born without an odor. The book tells about Grenouille’s life, from birth to death, and how he lived day by day without feeling or knowing, set in seventeenth-century Paris. He is described as a person with an exceptional sense of smell, even smelling the most un-smellable of smells like dirt, water, and rock.

What I find misleading is the subtitle, The Story of a Murderer. I would have expected more gruesome details about the murders Grenouille has committed in search of the perfect perfume. True to the book, and as portrayed in the film, the method of killing wasn’t graphically described: only that Grenouille hit the back of the neck of the victims, and then shaving their heads and stripping them naked. I am not sure if I am much of a sadist, but I feel that the book lacks the element of gruesomeness in the murders.

It does, however, make it up by the absurdity of the whole story line itself and for the beautiful way Süskind described the odors that Grenouille can discern. What I loved the most was how Süskind is able to let you smell the odors just by describing it. His writing is very rich in adjectives that weave well to form an almost cinematographic portrayal of the book.

‘M or F?’: For the young and adventurous

A Woman’s Struggle: Kamala Markandaya’s ‘Nectar in a Sieve’