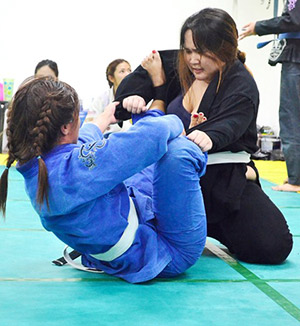 YOU’RE pinned down. What would you do? Should you just curl up into a ball? If you know Jiu-jitsu, you’d know how to deal with the situation. It won’t matter how big your opponent is, as long as you know how to employ holds, throws and blows to subdue your opponent, just a few jiu-jitsu moves that could get you out of a tight situation.

You can learn the basics of Brazilian Jiu-jitsu (BJJ) with Deftac Cebu, which guides and trains members whether for leisure or competition. Because the first three classes are free, there’s nothing to lose in trying.

And there’s even better news for ladies who want to learn jiu-jitsu but are intimidated to join the male-dominated sport: Deftac Cebu recently launched Women’s Jiu-jitsu classes, which are held every Friday 7 p.m. to 8:30 p.m.

“Most girls believe that jiu-jitsu is a very manly sport, but actually it is a very good lifestyle to be into. In the women’s classes, we incorporate self-defense techniques, which are very helpful to women,” said Florence Belle Soliman, a blue belt in Brazilian Jiu-jitsu.

Norman Go, who founded Deftac Cebu in 2006, says that for those want to take jiu-jitsu to a higher level, physical prowess is not enough.

“It takes a lot of heart, a lot of dedication to train consistently. It’s not the physical part of jiu-jitsu that is difficult, it’s actually more on the mental, the dedication, and the discipline,” Norman added.

In the field of mixed martial arts, knowledge of jiu-jitsu is deemed essential among competitive fighters.

But for many BJJ practitioners who have gained a deeper appreciation and understanding of jiu-jitsu, it is more than just an art of weaponless fighting, a sport, or a martial art. It is a way of life, they attest.

Enrique Jingco, purple belt in Brazilian Jiu-jitsu, says that whether BJJ practitioners “want to lose weight, get fit, be good at Jiu-jitsu, or want to be champions, whatever their reason is,” it’s all about personal development.

Enrique added that Jiu-Jitsu is empowering when it comes to doing something with purpose. “I was self-conscious before and now I am already teaching a class. Basically to those people who want to do something meaningful in their lives come and train Jiu-jitsu,” he said.

Norman said a BJJ practitioner’s biggest challenge is himself.

“Jiu-jitsu teaches you that you that the greatest limiting factor in your life is yourself and it will teach you to overcome that limit. If it’s hard to believe, then look at those people who lost weight, there’s fatboy Friday,” said Norman, referring to weekly “throwback” photos that BJJ fanatics post in their Instagram account.

Deftac is a mixed martial arts and Brazilian Jiu-jitsu Team formed in 1996 under Alvin Aguilar. A respected fighter, Aguilar is one of a handful of Filipinos to garner a black belt in Brazilian Jiu-Jitsu.

In 2008, Aguilar’s student, Norman Go, founded Deftac Cebu to provide guidance and excellent training ground to members, whether for leisure or competition. Today, the team’s competitors are well-known in Southeast Asia, winning more than 50 medals from various tournaments. 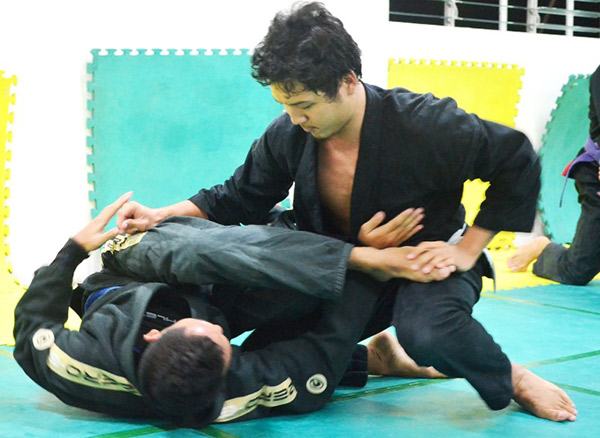 Jiu-jitsu has conquered the world of martial arts since it was introduced and developed by the Gracie family in the early 1920’s in Northern Brazil.

The Gracie family modified judo and traditional Japanese jujutsu to create the art. Also known as “the gentle art,” jiu-jitsu captured the interest of martial arts fanatics around the globe.

According to Cyclopaedia, “Brazilian jiu-jitsu teaches a smaller person how to defend himself against a larger adversary by using proper technique, leverage, and most notably, taking the fight to the ground, and then applying joint-locks and chokeholds” to defeat the other person. It is not about punching, kicking or breaking bricks it is more on the ground works.

Gi – a robe-like uniform that is worn while practicing or competing in the sport; one may refer to wearing “no-gi” if he or she plans to not wear the uniform, but wants to practice, instead, wearing shorts, sweatpants, etc.

Tapout – a motion done by an opponent who is submitted and chooses to give up; usually done by tapping the floor or the opponent.

Half Guard – defensive position when an opponent is on his back with one foot on the inside of the opponent’s legs and one on the outside.

Base – used when referring to a strong center of gravity and good balance at all times.

Sweep – going from a defensive standing position to a dominant position on the ground; usually done by grabbing or sweeping the opponent’s legs out from under them.

Rolling – sparring with a partner while focusing more on technique and less on winning.

Hooks – controlling an opponent’s feet from the back position; this makes the opponent off balance and unable to perform many submissions.

Wrap – wrapping an opponent’s arm behind or in front of his head allowing him to have no control; this also leaves an opponent’s neck more open to submission.

Pass – going from one position to another; this is often done by switching an arm or a leg position with the opponent.

Spider Guard – defense position when using ones feet to push away opponent’s hips disabling him from using his weight against you. 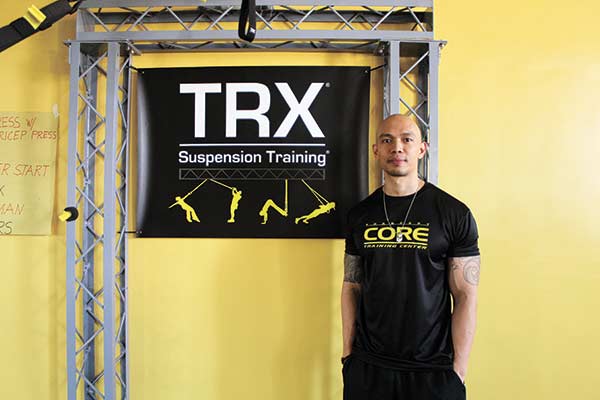 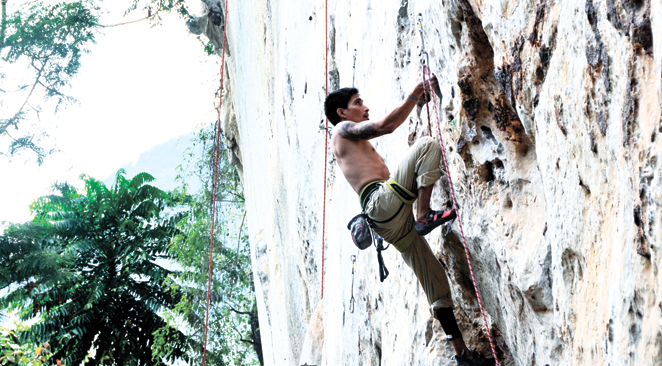 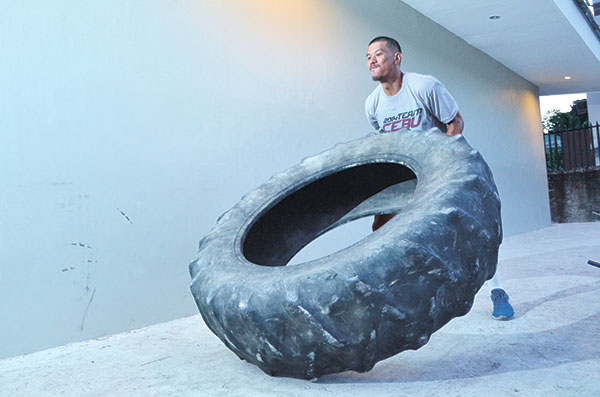