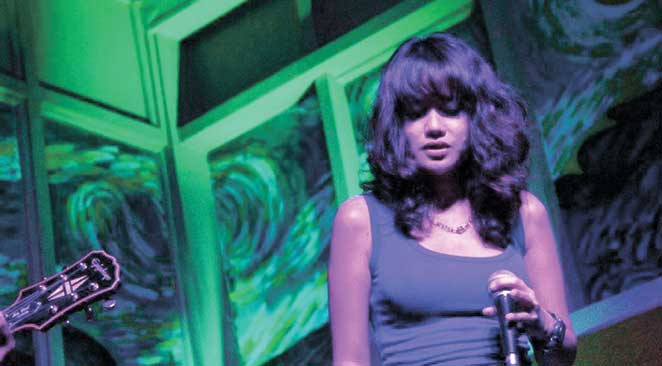 THE band got its name from vocalist, Adrienne Tenazas-Lee, who back in her college days in the late 90s got the members together. For a time they were pretty active in the local music scene, playing in bar gigs and competitions, and performing a mix of covers and original compositions.

Adrienne eventually disbanded when the guitarist had to leave the country and the rest “decided to focus on their day jobs.” But in 2012, after listening to the music of Lissie Maurus, Adrienne (the vocalist) was inspired to get the band together again. The band’s new lineup now has Ryan Lanza and D.O. Dela Rosa on guitars, Brian Sacro on bass, and Ed “Saddam” Catalan on drums.

Adrienne plays alternative music—sounds that are reminiscent of 90s rock, pop and metal.

What are your compositions generally about?

The topics are varied. “Should’ve Would’ve” is about a love that started in an elevator. In “You”, a girl expresses her appreciation for her man.

“Life in Disguise” is about making a choice and sticking to that choice no matter the consequences. “Drive By” is about a guy who falls asleep in the passenger seat of a girl’s car.

What fuels your creativity in songwriting and performing?

Adrienne: I take past experiences and I also look at what’s around me. Sometimes I like to be alone and sometimes I write lyrics just right before recording. I just try to keep it as real as possible so that the words and the music gel together well.

Ryan and D.O. have this pool of awesome songs and riffs that they created over the years, and we’ve taken a couple of those and worked with them.

The arrangement is mostly by Brian and our manager, Ted Lee. All our songs are really a result of all of us putting our heads together and working as a team, taking everyone’s input into consideration.

Fun is the most important ingredient. We make sure we have fun no matter what.

Who do you consider are your musical influences?

We all listen to all kinds of music, so there are too many to mention here. To give you a handful: Florence + The Machine, Lissie, Metallica, Dishwalla and Katy Perry.

What were your earliest experiences of playing music?

Adrienne: I took piano, organ and guitar lessons before, but I’ve never been able to play any of those for real. I can play guitar just a little bit but I’ve been singing since I can remember. We had a karaoke machine in the house when I was little and I remember singing almost every day. My family would ask me to sing in front of guests, and my brothers and I would record tapes of us singing and send it to our grandma who was abroad.

What keeps you going?

We want to share our music to everyone and inspire other Cebuano musicians to create original music. We also want to show the world that Cebuanos are now capable of producing high-quality music.

What are your upcoming gigs?

Sinulog Weekend Party at KOA Tree House and the Sonic Boom Sinulog BlastOff — both happening over the Sinulog weekend. 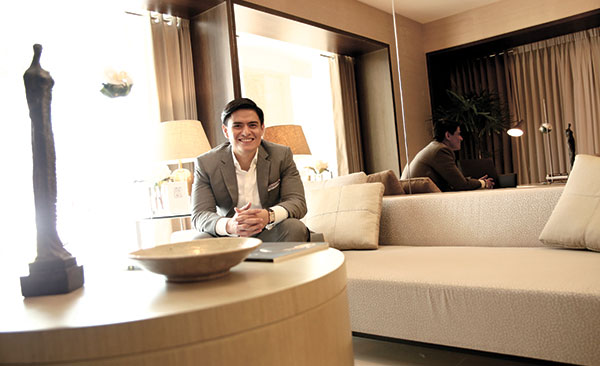 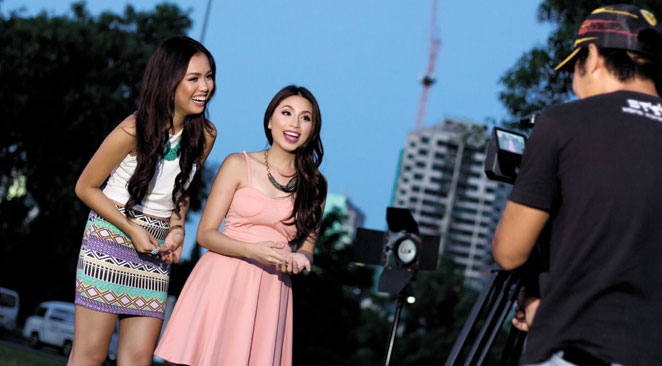