The Desolation of Smaug - Weekend

SLEEPING dragons, as we know from our childhood literature, eventually awaken. If they didn’t, there wouldn’t be a story. So it’s hardly news that in the second installment of Peter Jackson’s “Hobbit” trilogy, the dragon rouses from his slumber.

What IS news: the franchise wakes up, too.

Die-hard fans might disagree, but to many, the first film, last year’s “The Hobbit: An Unexpected Journey,” took way too long to get going and then dragged for much of its 169 minutes. “I do believe the worst is behind us,” noted Bilbo Baggins at the end of that film, to which some of us wanted to reply: “Well, we hope so.”

“The Hobbit: The Desolation of Smaug” is not much shorter — 8 minutes, to be exact — but it feels brisker, lighter, funnier. The characters are more varied, more interesting; We’ll take a comic turn by the entertaining Stephen Fry over another Orc any day. There’s even an added romantic subplot.

The whole enterprise, it must be said, involves a huge dollop of cinematic hubris. JRR Tolkien’s “The Hobbit,” after all, is a book of some 300 pages. With these three films, a prequel to his “Lord of the Rings” trilogy, Jackson devotes about two film minutes to each page. Imagine if they did that with Tolstoy’s “War and Peace.” The movie would have been 40 hours long.

On the other hand, the first “Hobbit” installment brought in some $1 billion. So it’s rather beside the point to argue with Jackson’s approach.

Happily, “Smaug” is vastly better from the get-go. Instead of a drawn-out intro, we get right to the action, which is of course the quest of Bilbo (Martin Freeman, himself livelier and funnier) and the band of dwarves, led by Thorin Oakenshield (a suitably noble Richard Armitage) to reclaim the kingdom of Erebor, under the Lonely Mountain, from the frightening dragon Smaug.

As always, trouble takes many forms: not only the menacing Orcs, but giant spiders with sticky webs, too. Then there are the elves, who come to the rescue at an opportune time but then imprison Bilbo and his mates.

(Gandalf — the always grand Ian McKellen — has other business, and leaves for long stretches.)

Lee Pace is fun as the campy and authoritarian Thranduil, leader of the elves. His son Legolas (Orlando Bloom, back from “The Lord of the Rings”) is talented as ever with a bow. And he has a love interest: Tauriel, a newly invented character, played with spunky sweetness by Evangeline Lilly. Tauriel, it turns out, has a soft spot for the dwarf Kili, a rather hunky Aidan Turner. (“He’s quite tall for a dwarf,” she says. “But no less ugly,” retorts Legolas.)

Bilbo, ever bolder, helps the dwarves escape their jailers in a terrific scene — involving barrels, river rapids, and an endless supply of Orcs — that rivals a Busby Berkeley dance number. (Side note: These dwarves are awfully durable.) Further entertainment comes in Lake-town, led by a greedy Master (the engaging Fry) and his underling Alfrid (Ryan Gage, also fun).

It should be noted that Jackson has again shot his film at 48-frames-per-second, double the standard speed, to make things look sharper. But this time, the fanfare is gone; critics were not even shown the film at the faster speed. Jackson clearly doesn’t want the technique to dominate the discussion.

In any case, it all comes down to the climactic confrontation with the dragon; Unfortunately, the film sags somewhat here. It’s fun to hear Benedict Cumberbatch, as Smaug, hurl seething epithets at Bilbo, and Freeman is at his most pluckily adorable. Still, they really could have shortened this confrontation by a good 20 minutes.

But what’s 20 minutes when you’re taking nine hours to tell a story? Onward to the third installment. Jackson is back on track. (AP) 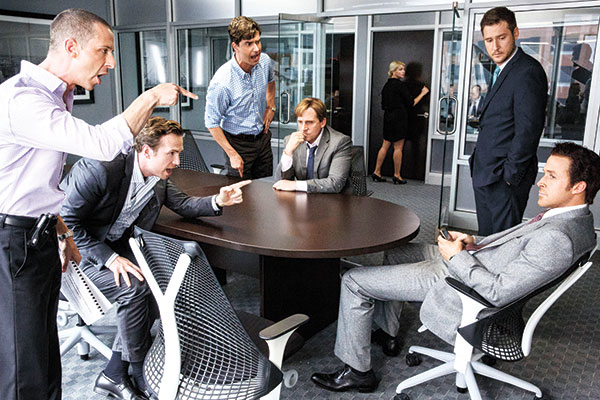 In ‘The Big Short,’ a bet against America pays off 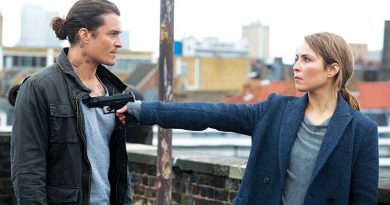 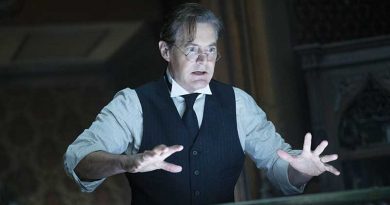 ‘House With a Clock’ is a real time suck