IT’S that time of year when adults can get away with wearing outlandish ensembles for the Halloween parties — never mind if they’re getting candy for it or not.

And as we wrap up the spooky season, Sun.Star Weekend gathered four personalities — a student, an interior designer, a marketing whiz, and a creative director — and see how they’d pull off attires inspired by famous fictional villains.

Styling was ingeniously executed by fashion blogger Alexa Martin, and maquillage was by makeup artist and cosplayer Eunice Enrera, with the assistance of Mara Flores.

The arrr-chenemy of the boy who wouldn’t grow up, Captain Hook is the wicked pirate from Neverland. He has the signature iron hook in lieu of his right hand (left hand in film adaptations), which was cut off by Peter Pan and swallowed by a crocodile.

By putting together items that can easily be found in one’s closet, such as the red vest and white polo, plus the pirate accessories that can be bought in toy stores — Captain Hook is one of the characters that’s easy to dress up as. Just top it off with the look of viciousness — as what marketing whiz Jay Bagares here has conveyed — and you’re good to go.

There’s a lot of love for antagonists in the DC Comics universe in this feature. In film adaptations, actresses such as Julie Newmar, Michelle Pfeiffer and Anne Hathaway have portrayed the sassy anti-heroine, Catwoman.

For this feature, the sweet and soft-spoken, Rochelle Pacinio, a college student, takes on the role and brings out her inner villainess. She wore a leather jacket and leather leggings, both from Forever 21, and a mask that was craftily customized by the stylist to fit the look.

Taking cue from Disney’s 1959 animation Sleeping Beauty and the upcoming eponymous film starring Angelina Jolie, this version of Maleficent is dabbed with a modern twist by letting go of the pointed headdress, and instead playing with the character’s color elements and aura of subdued sophistication.

Maleficent’s iconic violet accent is visible in the rich eye makeup, and in the chunky, lavish ear pieces by Sugar-Kissed Accessories, while the long trail of Hanz Coquilla’s black sequined gown captures the character’s flowing ensemble.

Playing the part of Maleficent is interior designer and entrepreneur, Paula Cañete, who aptly nailed down the look of intimidating sophistication.

A psychopath, a sadist, a master criminal — The Joker is one of the most terrifying fictional villains there is. The archenemy of Batman, he is known for his unnaturally chaffed white skin, green hair and red lips — side effects from his fall into a tank of chemical waste.

This Joker’s distinguishing purple suit and red vest combination was designed and made by Yves Camingue. Makeup artists Eunice and Mara did an incredible job in getting the look, and lastly it was complemented with the menacing expression executed by Sol Eugenio, a creative director. 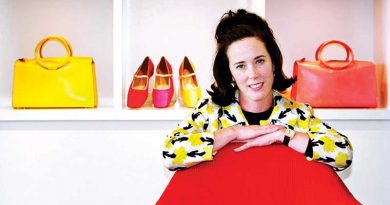 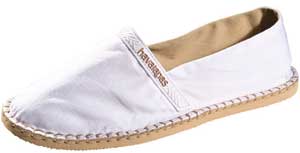 The Espadrilles have arrived