ONE person was killed in Boljoon town, and damage to property, infrastructure and agriculture was so vast that a State of Calamity has been declared in the town in the aftermath of Typhoon Odette (Rai).

The lone fatality was from Barangay El Pardo, the Municipal Government said on its Facebook page Monday, December 20, 2021.

The initial damage report made by the Municipal Disaster Risk Reduction and Management Council (MDRRMC) on December 19, three days after the storm, showed that all water transmission lines and power utilities were down and telecommunication was not accessible in the southeastern Cebu town.

All of the town’s 11 barangays suffered damage to agriculture, placed by the MDRRMC at 70 to 80 percent of cash crops and high-value crops.

On Tuesday, December 21, 2021, the Municipal Council adopted the declaration of the State of Calamity made by the MDRRMC after the latter presented its initial damage assessment.

The declaration would enable the local government unit (LGU) to use its Calamity Fund and other resources for typhoon relief.

As of Monday, the LGU had distributed rice and canned goods to evacuees in Barangays Nangka and San Antonio with the view to doing the same in Barangays Upper Becerril, Lunop and Lower Becerril within the week.

The town said it was in need of relief supplies, water supply, and people and equipment for clearing operations. (CTL)

Vax rollout for 5-11 age group yet to start, DOH clarifies 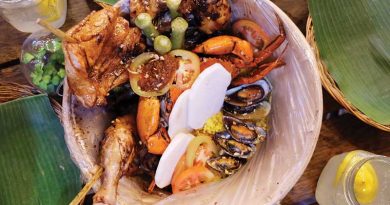 Tell it to SunStar: For a shared future and our common home