THE Sinulog has evolved from just a ritual dance to one of the grandest festivals in the country. Whether one’s idea of joining in on the celebration is partaking in all the religious activities or hitting the streets and basking in the beer-swilling revelry, Sinulog has a way of bringing tens of thousands of people together — devout Catholics or not. These readers share their favorite Pit Senyor moments.

“Sinulog 2013 and 2014 were by far the most memorable ones. In 2013, we were interns for LifeDance so we got to experience the hustle of being coordinators of such big event and at the same time, we were able to experience the actual event for free as we were later on allowed to get inside after the guests had arrived. We all had a blast until the morning, not minding the fact that we all had been there for more than 12 hours already. In 2014, our senior year in college, my friends and I decided to go out together – so that was when I was finally able to experience walking from Ayala to Mango that felt so impossible to do because of the number of people on the streets walking as well, watching the parade of dancers and floats and partying on the streets after. But really, these moments were the best as I was able to spend time with my friends who were like my family in Cebu.”

“During the Sinulog, some families head into the streets to meet up with friends to watch the grand parade. For our family, it’s the third Saturday of January where we all meet up with our relatives to join in the solemn procession, which to me growing up, was my Sinulog grand parade. One time it rained so hard that some roads began to flood, one person lost the sole to his shoe, and somewhere further down the procession route that same person decided to leave the rest of his sole-less shoe behind. To this day I can only imagine how that person felt or what he was thinking while walking to the nearest shop in one shoe. I guess I’ll never understand until I’ve walked a mile in his shoes or in this case, a mile in his shoe.”

“My most memorable Sinulog experience was actually having the feeling that I was lost on the streets of Cebu. Millions of people were participating in the Sinulog Festival. I saw people dancing and singing ‘Pit Senyor kang mama kini!’ and some were overwhelmed because of the crowd. Some were giving me free face paint, free hugs and kisses from complete strangers while saying ‘Pit Señor!’ But if I was not living in that moment, I could have given them free slaps on their faces in return. Haha!”

“I remember going with my closest uncle one time during Sinulog. He was a jeepney driver and I volunteered to be his ‘konduktor’ so I could earn some cash to spend for that day. We took advantage of the uncontrollable group of commuters who celebrated the Sinulog fiesta with the rest of the Cebuanos. Later that day, we split the money we earned, set aside some and lit a candle for Sr. Sto Niño. I felt fulfilled and happy and most importantly, thankful that I was able to experience the classic celebration which happens only once a year.”

“My best Sinulog experience was when I first joined the procession of the holy image of Sr. Sto. Niño. Despite my lack of sleep I never felt tired going along with the big crowd specially when I saw the eagerness and faithfulness of all the devotees, I just got carried away.”

In the Pink of Health 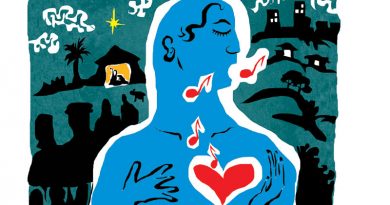 ‘What Christmas song is closest to your heart?’ 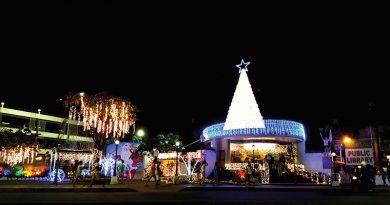