The year that was - SunStar 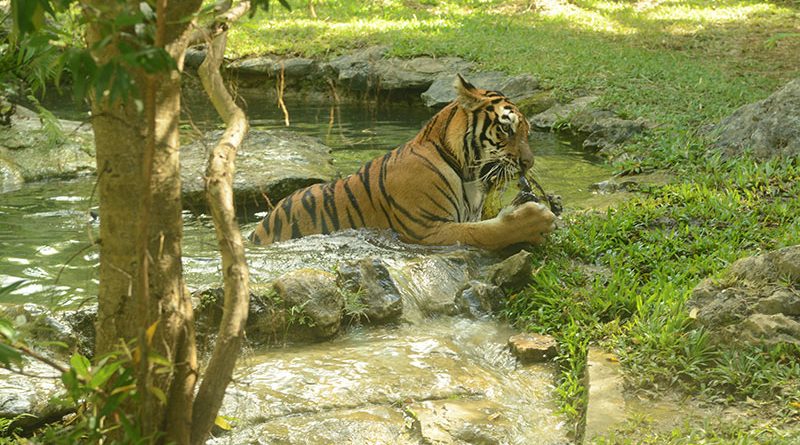 By Patricia May P. Catan and Christian Jay B. Quilo
Photo: Arni Aclao

WE’RE bidding goodbye to this year and welcoming a new one in a few more weeks. I guess we can all agree that 2018 flew by really quick? The secret is not to wallow in ending this chapter, but rejoice that we’re almost in the finish line while celebrating the year that was and remembering what made it so awesome. Just last week, SunStar Weekend released a most-anticipated annual list, the Best of Cebu 2018. And who couldn’t forget the biggest lifestyle event in these parts, the Best of Cebu Party last August? Without a doubt, there were many more reasons that made this year memorable for Cebu, and we look back on 18 of these.

What Distance Tells Us: Travel Essays About the Philippines 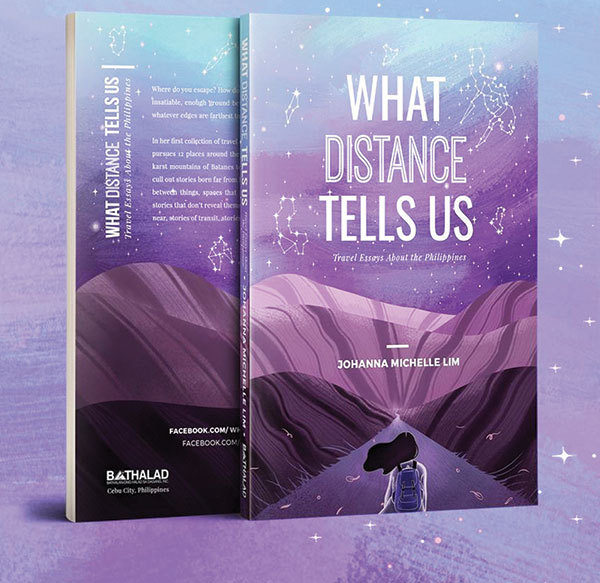 Travel writer Johanna Michelle Lim debuted her first collection of essays, What Distance Tells Us: Travel Essays About the Philippines last Feb. 23 at Qube Gallery. Lim’s book, which was born out of her last eight years of travel, explores the North, South, East, and West of the Philippines. 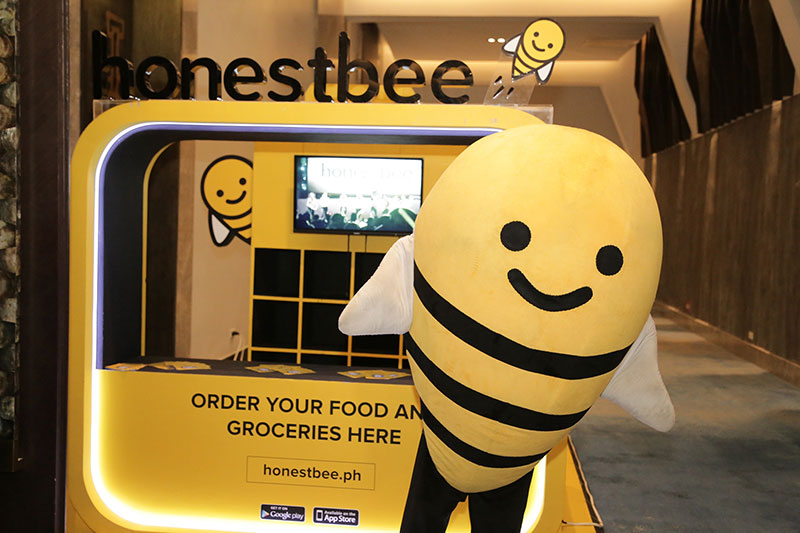 honestbee, Asia’s leading personal concierge and delivery service buzzed its way to Cebu last February. Ten months have passed since honestbee’s introduction in the city and it has significantly made the lives of many easier as it caters to food, grocery and medicine delivery. honestbee plans to expand delivery coverage and presence with its growing number of partner merchants in Cebu and a new brand and communications director, Cat Avelino. 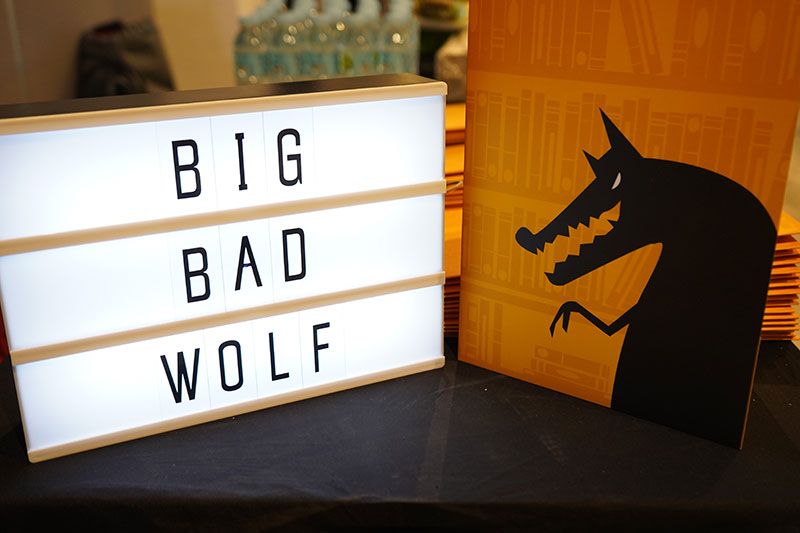 Cebuano bookworms were treated to a book buffet last July as Big Bad Wolf, the world’s biggest and baddest book sale was in town for the very first time. The book sale displayed 1 million books across all genres, from fiction, non-fiction to children’s books for everyone to feast on. Avid readers flocked the IEC Convention Center and went home with a suitcase worth of books.

The Market by Sugbo Mercado 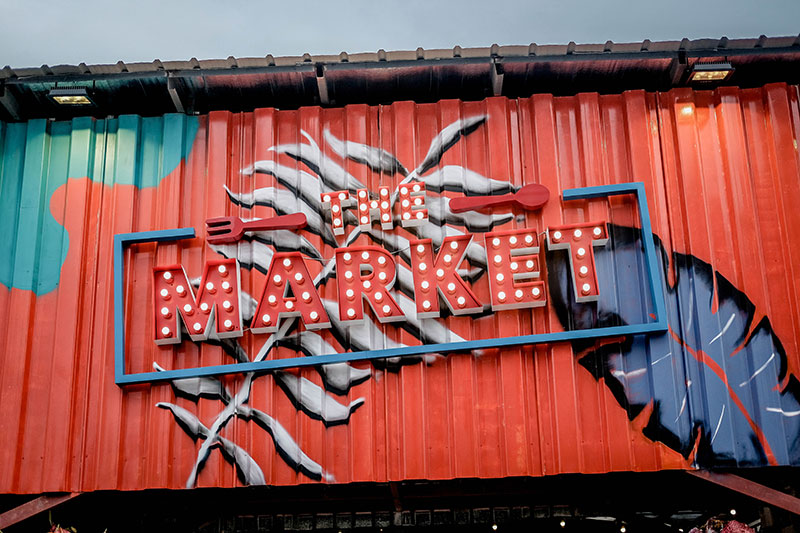 Giving more reasons for North Reclamation Area to be a dining destination of choice this year is The Market by Sugbo Mercado. The food bazaar, which officially opened last August 3, has since attracted foodies to Mandaue. Open Tuesday to Thursday from 4 p.m. to 10 p.m. and Friday to Sunday from 4 p.m. to 1 a.m., The Market by Sugbo Mercado is a daily food bazaar that uses recycled cargo containers with a mix of its old and new favorites but only exclusive to 25 tenants. 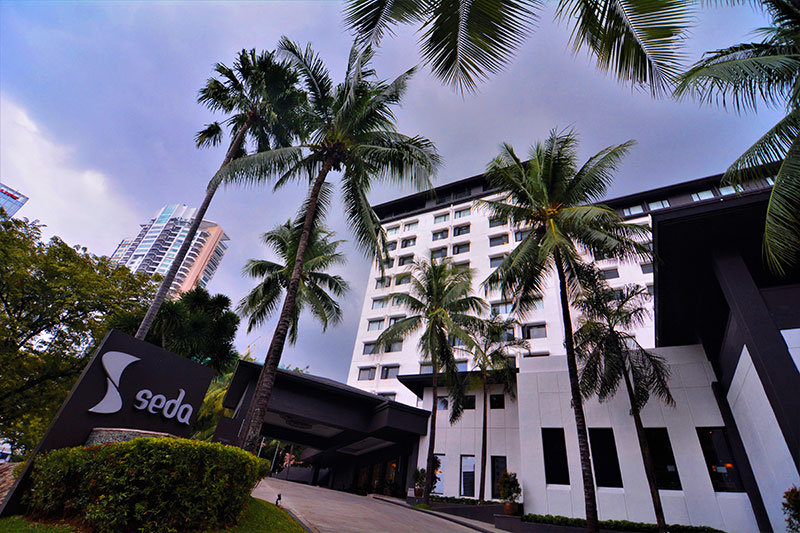 Seda Ayala Center Cebu is the ninth property of Seda by Ayala Land Inc. and is the biggest property in the Visayas. Catering to business and leisure travelers, Seda Ayala Center Cebu has 301 rooms with world-class features and amenities, service that shows exceptional Filipino hospitality and the hotel’s restaurant, Misto that serves a medley of local and international recipes. 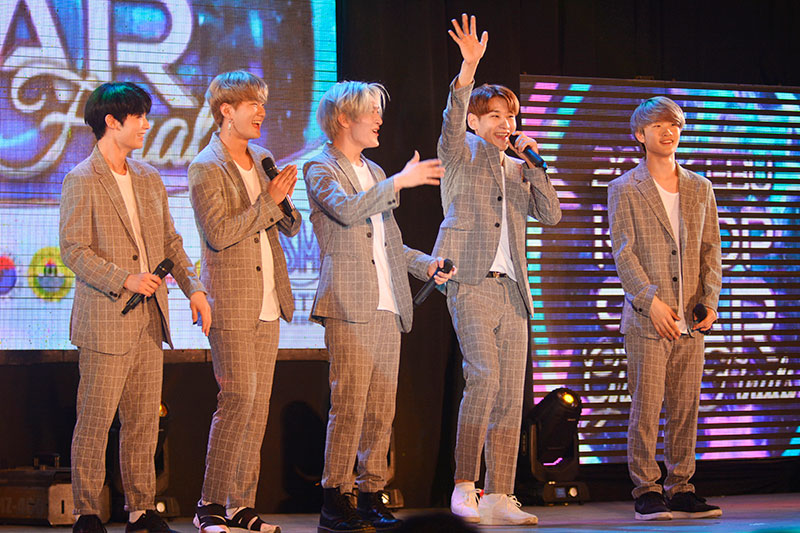 The 8th Cebu City Korea Day celebrated all things Korean culture and entertainment through a series of events last Sept. 26 to 30. Made possible by the Cebu Korean Association with the Cebu Provincial Government, Cebu City Government, and Korean Consulate Office of Cebu, this event has unified both Koreans and Cebuanos for the past eight years. The four-day event kicked off with a Korean Film Festival, followed by a Korean Bazaar, Korean Cultural Exhibit and Korean Food Festival, then commenced with the Cebu K-pop Star Grand Finals and the main event for Cebu City Korea Day. 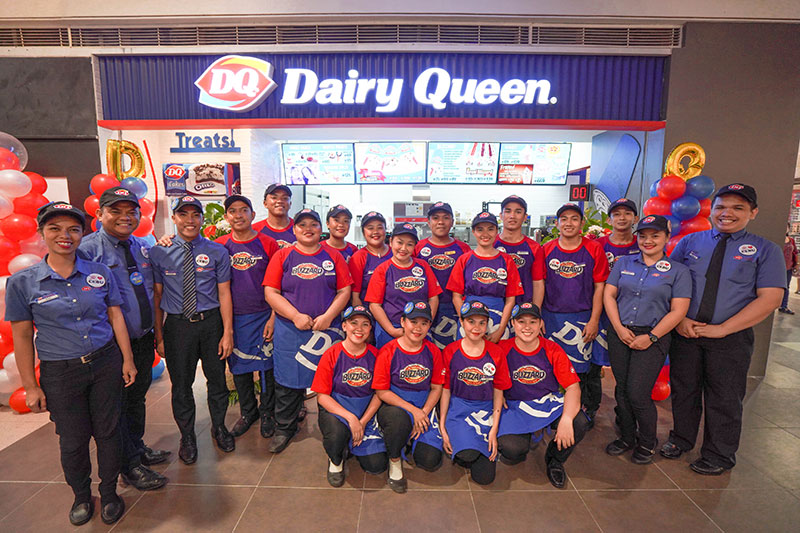 A blizzard found its way to the Queen City of the South last Nov. 6 and instantly opened two branches on that same day, one in SM City and the other in Robinsons Cybergate. Dairy Queen in Cebu is the first store to open outside of Luzon to serve its famous DQ Blizzard upside down in flavors like oreo, chocolate and brownie temptation. Dairy Queen in Ayala Center Cebu is also slated to open before the year ends to have better coverage and cater to more sweet-toothed Cebuanos. 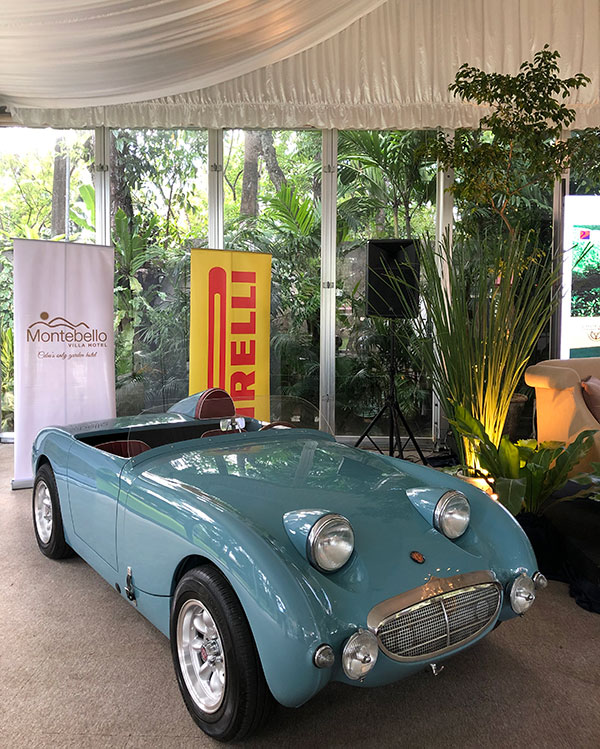 Organized by the Performance and Classics Enthusiasts (Pace) of Cebu, a premier car club for exotic car owners and collectors, Tour de Cebu rallied for three days in Tubigon, Bohol last Nov. 16 to 18. Tour de Cebu is the country’s only 1,000-kilometer touristic rally of its kind staged across the Visayas. The motoring event also hit a milestone as they were on its fifth year of touring and on its third time racing in Bohol this year. 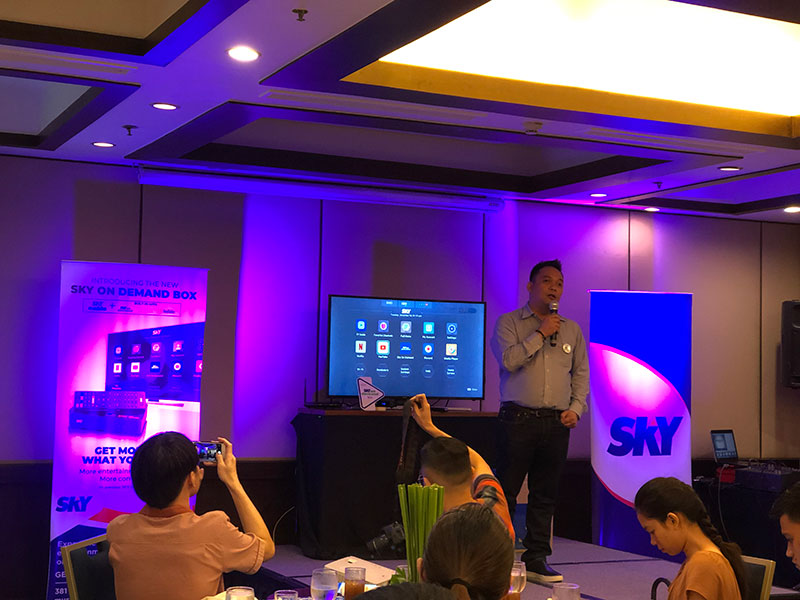 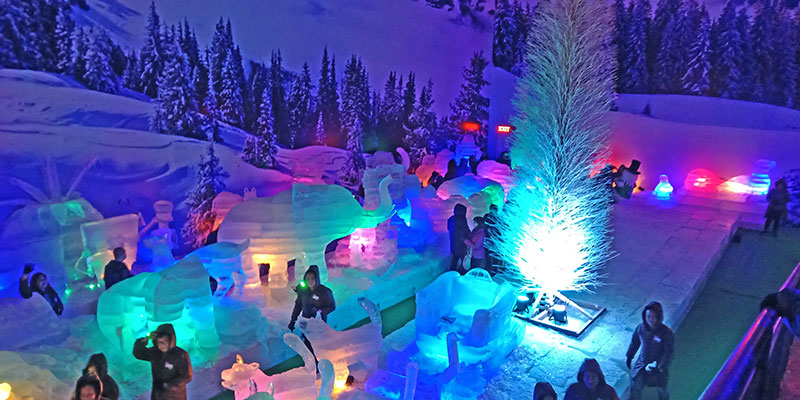 Anjo World brings winter wonderland to Cebu as it opened Snow World, the first theme park of its kind in the southern Philippines. Here, one can experience sub-zero degree weather and partake in activities such as posing with beautiful ice sculptures made by talented artisans and taking a turn down the ice slide and landing into a pile of snow. 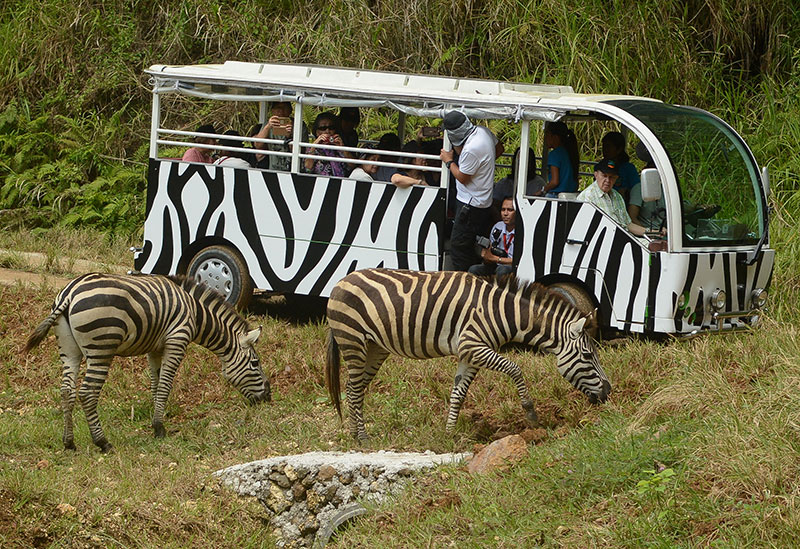 Standing on a 170-hectare property in Carmen, the Cebu Safari features over 100 species of animals, including birds, reptiles and mammals. More than just seeing these creatures up close, the Cebu Safari aims to educate guests and promote appreciation for nature.

This proudly homegrown coffee and coffeehouse chain opened its very first Tribute Store last Dec. 7, the branch located along Jones Ave. More than just its chic interiors laden with wooden and earthy accents, this store is special because it has an “experience bar,” where one can partake and learn about specialty tea and coffee. 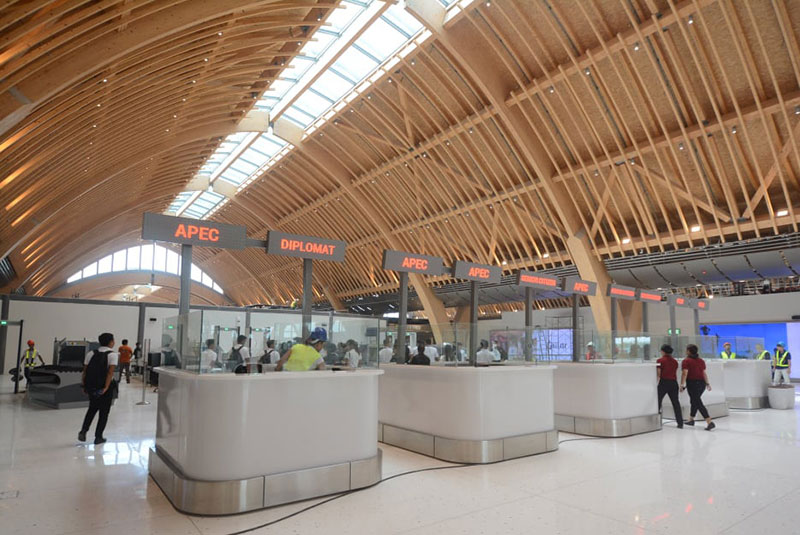 As part of the world’s first resort airport, one can’t help but be proud of this magnificent work of architecture. The wooden arches above and the mother-of-pearl embedded floors below, this terminal is a homage to Cebu’s tropical roots.

These two ride-hailing apps have been tough competitors for years now and to have this happen, in Southeast Asia at least, it seems like someone has finally claimed victory. This move was rather polarizing as those fans of Uber felt a sense of loss. 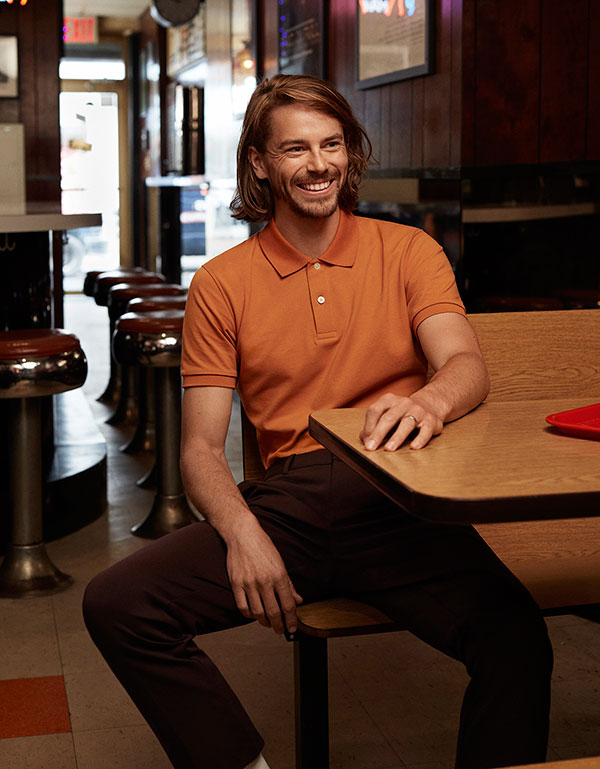 The newest Uniqlo store in Ayala, which opened just last Dec. 7, is the brand’s biggest store in the Visayas. With 1,212 square meters of shopping space, this store will feature a wider selection of Uniqlo LifeWear, including HeatTech pieces perfect for cold weather travel. The Uniqlo x Alexander Wang collection is also exclusively available in Cebu only at the Ayala branch.

The Final Plus & Special Supplement

The folks at Plus & Special wrapped up the year with a winter-themed Christmas supplement out last Dec. 13 — the final supplement for 2018 and maybe, the last supplement ever. The cover shoot was done at Snow World, featuring clothes from Uniqlo and a gown by Cebuano designer Hanz Coquilla. Inside were stories on what to wear, where to eat and what to shop this Christmas — important things to think about this season, no? 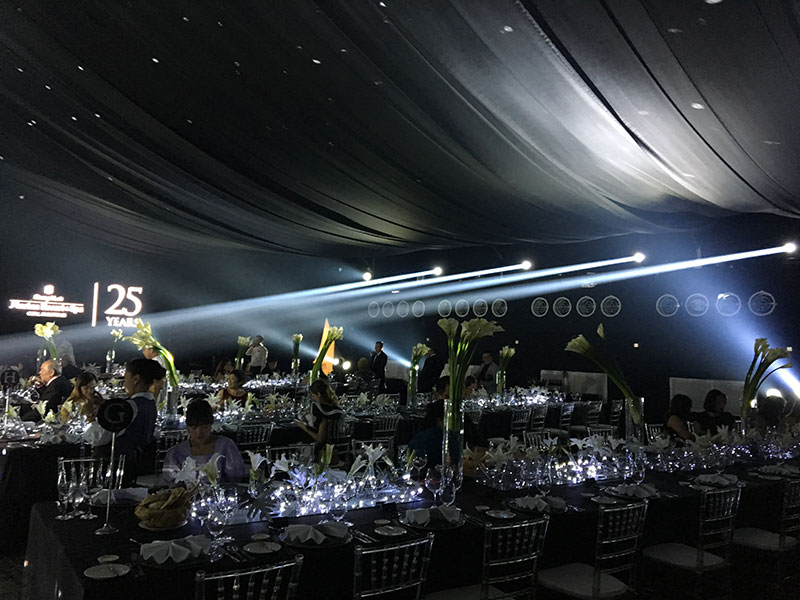 Through the years, the luxury resort has provided an experience like no other to guests, both locals and tourists. The resort chain’s longevity and growth is up to no debate. The festivities of the silver anniversary party last Nov. 8 kicked off on a high note with a stunning fireworks display viewed from the Ocean Pavilion. An exquisite five-course meal soon followed at The Marquee, which was decked out in an elegant black and silver motif. 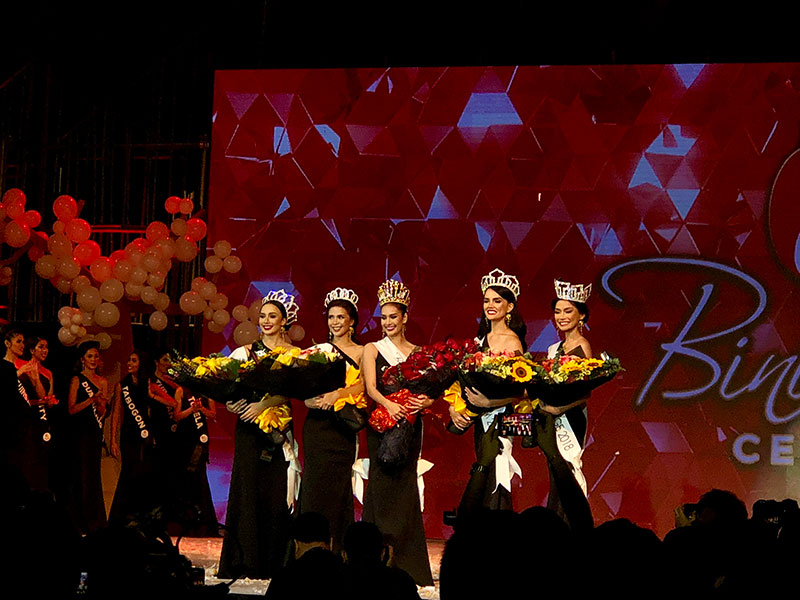