Venom with Tom Hardy is a manic muddle - Weekend 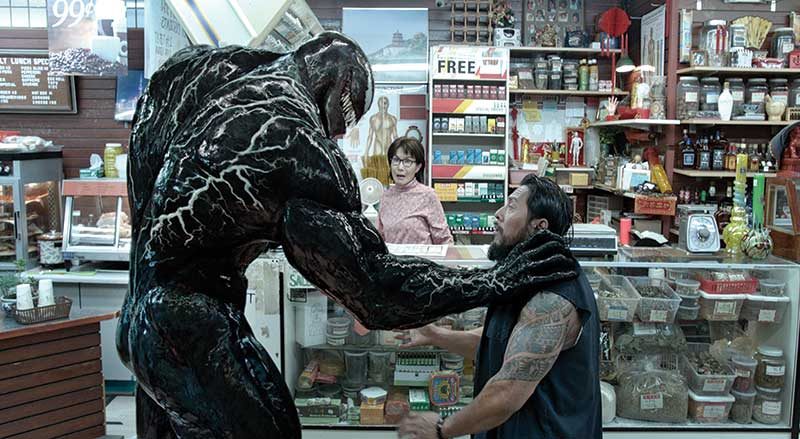 “Venom,” starring Tom Hardy as a TV investigative journalist whose body is invaded by an alien organism, is a destabilizing mix of intentional and unintentional comedy that for better and worse returns the superhero movie to its natural state: camp.

What makes Ruben Fleischer’s first installment in the Sony universe of Marvel characters such an oddity is that it seems perpetually unsure of just how far it wants to teeter into ridiculousness. It’s an incoherent mess of tones, acting styles and visual effects. And yet it’s kind of a hoot.

Having that feeling of “What the hell is this thing?” is an underrated quality in movies — good or bad ones — and it’s even more captivating when the movie, itself, seems to have thrown up its hands in exasperation.

Having often been critical of the frequently formulaic filmmaking of Marvel movies, it would be disingenuous of me to not appreciate the more freewheeling and slapdash jumble of “Venom.” It’s not every movie that tries, however awkwardly, to marry ghoulish body horror with a goofball buddy comedy that happens to take place in the same body. These are the sorts of things we did in the ‘80s.

Hardy plays Eddie Brock, a motorcycling San Francisco reporter who loses his lawyer fiancée (Michelle Williams, lending warmth and depth to every scene) when he steals a tip from her work email. His expose of a powerful industrialist with maniacal aspirations for saving humanity, Carlton Drake (Riz Ahmed, who had more benevolent plans for humanity’s rescue in “The Sisters Brothers”), goes up in flames, and he’s sent packing.

But a whistleblower in Drake’s lab contacts Brock and brings him in to reveal what’s going on: Drake has obtained an extraterrestrial parasite — a gummy, writhing black blob — and he’s conducting human trials with it. The potential scientific benefit of this is a little iffy, but in practice, it means one person after another is led into a chamber where the organism takes over their body and quickly kills it.

Just as in the “Spider-Man” comics, from which Venom originates, the movie is predicated on what can go wrong in a lab. (Topher Grace played Venom in 2007’s “Spider-Man 3.”) Brock proves a surprisingly good host for the alien creature which turns out to be much more sentient than your average blob. From inside Brock, it can not only form a slimy black exoskeleton and in a flash spawn spindly appendages. It can also in a deep growl tell Brock “Hungry!” ‘’Let’s eat his brains!” or, when in a less violent mood, dispatch relationship advice.

Brock and Venom turn out to be quite compatible and one of the odder Dr. Jekyll and Hyde routines you’re likely to see. Venom plays puppeteer with Brock, who at first is mystified at what’s happening to him. That Venom is such an icky, cartoonish figure — when engulfing Brock, it has fangs, a long, serpentine tongue and mask-like white eyes — makes their genuinely humorous banter all the stranger.

Fleischer (“Gangster Squad,” ‘’Zombieland”) keeps his film moving, so the sheer preposterousness of the ride can prompt double takes. Did Tom Hardy really just plop himself into a lobster tank? Did two back-to-back scenes really just end with someone saying “Have a nice life”? Did that guy just seriously exclaim: “He’s achieved symbiosis!”?

“Venom” never achieves symbiosis, or anything like it. But the film’s off-kilter schizophrenia gives it a madcap appeal. While Fleischer seems to have a darker, moodier film in mind, Hardy has the good sense to steer “Venom” in a more over-the-top direction, even if the movie around him can’t catch up.

In a way, this is a more naked performance for Hardy, whose transformations have often been cloaked in more obscuring masks (“Dunkirk,” ‘’Mad Max,” ‘’The Dark Knight Rises”) or more elaborate accents (“The Drop,” ‘’Lawless”). I’m not sure his twitchy, spasmodic performance — bug-eyed and unevenly accented — adds up to anything in “Venom.” But it’s something to behold. Train wrecks like these aren’t supposed to be this entertaining. (AP) 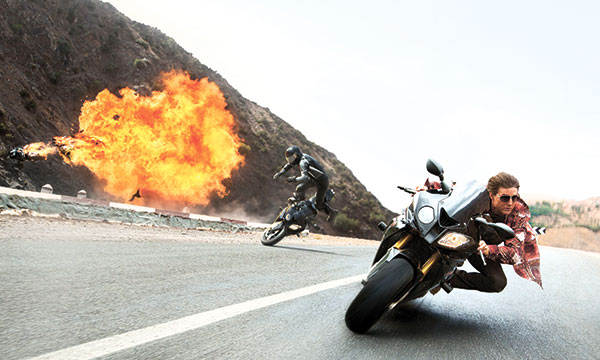 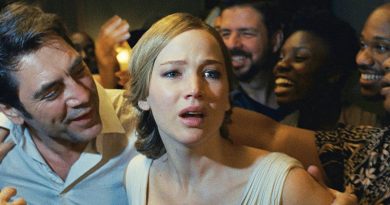 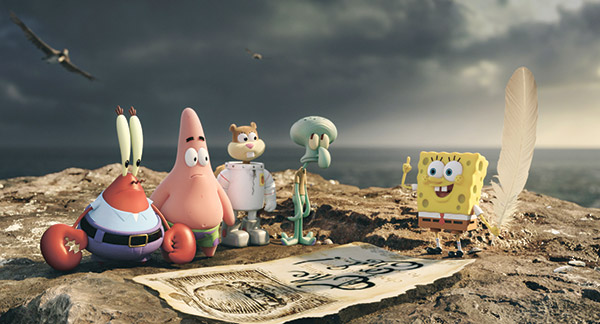 SpongeBob’s back, on a zany venture up to our world