THE ghost of Steve Jobs haunts “Small Fry,” the memoir by his first daughter, Lisa Brennan-Jobs. He looms larger than life even on the pages where he is missing — and he missed a lot. But we already knew that. We also knew that he was not a particularly nice person, that he was a genius, a charismatic visionary, the co-founder of Apple Computer. 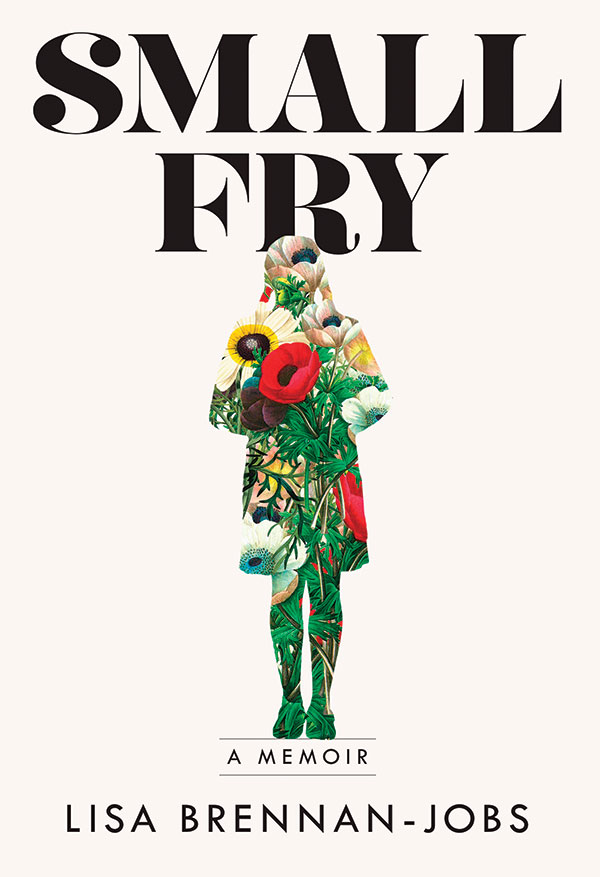 But the book is more than the missing piece of the Steve Jobs puzzle. It’s a story of a girl growing up in 1980s and ’90s California trying to fit into two very different families and not belonging in either. It’s the story of her single mother trying to keep it together and often not succeeding. It’s the story of a family that is as imperfect as every family, things complicated by wealth, fame and, in the end, illness and death.

Read “Small Fry” one way and you’ll find the account of a reluctant, sometimes outright hostile, mercurial father whose daughter is constantly reaching after the tiniest crumbs of love and attention. Read it another way, with Lisa and not Steve as the central character, and you’ll find the story of an observant child coming of age and trying to make sense of the people around her, vying for what she views as a “normal” family and not yet knowing that for most of us, no such thing exists. She tries so hard to find her place in the world that the details of her efforts are sometimes painfully uncomfortable, like when she decides to run for freshman class president a month or two after transferring to a new school, hardly knowing anyone, or pines to be a beautiful blonde, or paints herself as a Cinderella, having to do the dishes in the Jobs’ household because the dishwasher is broken.

(Full disclosure: I attended high school with Lisa, who was in the grade above me. While we did not know each other, we were on the school paper together and shared the rare privilege that was high school in Palo Alto in the 1990s. I remember her striking eyebrows, that she was going to Harvard and the day Steve Jobs visited our paper during production, bringing us vegan, cheese-less pizza and a rowdy child who messed up the carefully pasted-up newspaper pages.)

Lisa was born in 1978 on a farm in Oregon. Her parents, who were 23, laid her on a blanket, going through names until they could both agree on Lisa. Her mother, Chrisann Brennan, drew stars on the margins of her birth certificate, which listed both parents’ names even though Lisa had just her mother’s last name. Despite obvious physical similarities, Steve Jobs denied that he was Lisa’s father at the beginning, and in 1980 the state of California sued him, requiring a DNA test to prove his paternity and compelling him to pay child support. Years later, when Lisa was living with him after a slow warming up, she’d get a new birth certificate, this one listing both Brennan and Jobs as her last name, connected by a hyphen.

Lisa remains that hyphen throughout the book, tugged between her parents and the very different worlds they inhabit. From her mother, she gets unconditional love but also a neediness that is often too much for a child to bear. From her father, she’s handed bits and pieces of the evidence of his love — roller skating, Wednesday nights of movies and carrot salad, and, after years of denial, an acknowledgement that he did in fact name an early computer he created, the Lisa, after his daughter. But evidence of his love wasn’t steady or dependable, causing Lisa to crave it all the more. He’d promise and not deliver, or deliver then rescind, throughout her life.

“We all made allowances for his eccentricities, the way he attacked other people, because he was also brilliant and sometimes kind and insightful,” she writes, after her father tells the A-student, high-school Lisa that she has “no marketable skills” despite her many extracurricular activities. “Now I felt he’d crush me if I let him. He would tell me how little I meant over and over until I believed it.”

To some, this is an unfair portrayal of Steve Jobs — as his widow, Laurene Powell Jobs, and his sister, Mona Simpson, assert in a joint statement saying that “Steve loved Lisa, and he regretted that he was not the father he should have been during her early childhood.”

But this becomes clear at the end of the book, when he is on his sickbed and tells Lisa, over and over, that he “owes” her one. He starts to cry. “If only we’d had a manual. If only I’d been wiser. But you were not to blame I want you to know, you were not to blame for any of it,” he tells her.

Steve Jobs died on Oct. 5, 2011. But we knew that, too. Sometime before that, Lisa complains to her mother that Steve does not love her. She assures her that is not true, that he loves her but he doesn’t know it. He doesn’t know until it is too late. Chrisann quotes an old Billie Holiday song: “Mama may have, papa may have, but God bless the child who’s got his own.”

‘Purity’ — A Novel by Jonathan Franzen