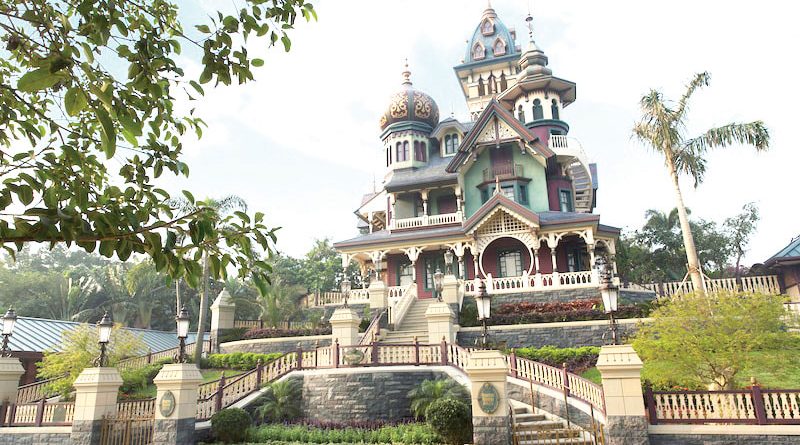 DUMBO was my introduction to the world of Walt Disney, and I remember wearing out our video copy of that animated feature as a toddler. I grew up on everything else Disney and remain hooked on the magic to date. It’s always a “Magical Day” at any Disneyland and the closest one to the Philippines, Hong Kong, only gets even better with new attractions, rides, upcoming theme sections plus a massive expansion of the Sleeping Beauty Castle.

Our previous experiences left us in want with most of the day lost to queues and crowd-surfing. This time, we took a chance on in-resort accommodations for proximity to the park and two-day tickets to thoroughly enjoy the attractions.

We were billeted at the third and newest of Hong Kong Disneyland’s hotels, the exploration-themed Disney Explorers Lodge. The lodge’s motto of “ad explorer et somniare,” to explore and dream, is very much in the painstakingly detailed resort thematics based on natural wonders and diverse cultures of Asia, Oceania, South America, and Africa. There’s the fun at the theme park, and then there are the lodge’s own themed recreational activities. Hidden Mickey’s also figured into the incredible décor, among many other magical features to discover in the truly unique stay experience.

We made most of our visit to with the Disney Spectacular Tour, one of several special experiences and packages available. We enjoyed direct entrance to rides, reserved seating for shows and many other perks on top of a well-coordinated itinerary. Even then, two days were not enough to enjoy all the magical experiences at the park.

After Disney’s acquisition of Marvel, 4D simulator ride The Iron Man Experience — the first Marvel ride at any Disney theme park, opened last year at HKD’s Tomorrowland. Guests wear StarkVision Glasses and “board” the Expo Edition Iron Wing flying passenger vehicle to join Iron Man in a heroic adventure around Hong Kong. The Iron Man himself gamely interacts with guests in signature swagger in the nearby character attraction, the Iron Man Heroic Encounter.

Having also added the legendary Star Wars franchise to the Mouse’s House, yet another persistent theme from my childhood added to its appeal to me. The classic Space Mountain is reimagined as the Rebel Alliance’s reconnaissance vessel caught up in the heated crossfire of an elite X-wing squadron and Imperial TIE Fighters. At the Star Wars Command Post next door, the iconic Wookie warrior Chewbacca and droid R2D2 welcomed guests for another character encounter.

Having shaken someone’s mouse ears in that exciting experience, we slowed down to another old classic, It’s A Small World. This one is particularly special as I learned to read with an It’s A Small World read-along storybook and audio set. The whimsical boat ride along the Seven Seaways canal still features animatronic dolls dressed in traditional garb of various ethnicities across the globe singing the timeless classic, It’s A Small World song, in their native languages. Select Disney and Disney-Pixar characters figure into the dioramas as interesting new tie-ins to the continental themes.

The condensed and rather intimate musical retelling of Simba’s story in The Festival of The Lion King is worth the often long lines. The show is presented as a play within a play that brings the audience into the story with its round stage setup.

The old hut structures outside the Theatre in the Wild have been activated as the Karibuni Marketplace. It features refreshment kiosks and interactive games offering exclusive souvenirs. Various characters also turn up for encounters with guests, and we chanced upon King Louie and Baloo from The Jungle Book.

Nearby, a Tiki Hut amphitheater structure rises to house the all-new atmosphere stage show, Moana: A Homecoming Celebration. Characters from one of Disney’s latest original animated features engage the audience in yet another creative retelling of Moana’s adventures through storytelling, dance, and puppetry.

The classic, and world-exclusive, Flights of Fantasy Parade still impresses young and young-at-heart alike. Mickey leads in his “airship” followed by other beloved Disney characters in their respective animated feature-themed floats. Our favorite was Lilo & Stitch’s with the massive onboard surf-sled swing.

From the heat and excitement, we ducked into the cool interiors of the Mystic Manor, the first of its kind across all Disney parks. There we boarded Lord Henry’s Mystic Magneto-Electric Carriage which toured us through his magically animated collection of antiquities.

Dinner time had us tucking into the Flavors of Asia menu options at the Main Street Corner Café. I had the superb Japanese Chicken Curry set, and The PussyKat had the Laksa and Satay set with a noodle bowl good for sharing. With those delights was a preview of the character-themed Halloween set menu.

The darkness of night brought in more delights as more Disney characters came bedazzled in millions of flashing bulbs and neon lights, literally painting the night in the Paint the Night Parade. Accompanying costumed dancers and themed floats completed the megawatt procession. The light show doesn’t end there as towards the park’s closing, precision projections transform the buildings along Main Street, U.S.A. with vibrant visuals of Mickey’s significant milestones in We Love Mickey! Projection Show. The ultimate nightcap is the treat of an appearance by Mickey Mouse himself.

Mickey and Minnie command the most extended lines at the park’s photo op points, and we took our chance at the inclusive Character Breakfast at the Dragon Wind restaurant of Disney Explorers Lodge. Kickstarting the day with Disney Friends is a treat on top of the signature dishes from rural and classical Provincial China, character-themed food items and the décor including the name reference of two gigantic dragon kites snaking above the diners in the high-ceilinged space.

Day two had us ticking off the rest of the recommended musts and our own. We pushed off a tropical jungle outpost on board a steamer on the Rivers of Adventure. The route had us coming across jungle wonders like elephants and hippos and other startling surprises. At one point, we had to “duck” a blow dart “attack” by headhunters before a fire and brimstone end at the legendary Canyon of the Gods.

After all the excitement, a more leisurely one followed at Tarzan Island up Tarzan’s jungle treehouse perched on the 19-meter Disneydendron semperflorens grandis or “large ever-blooming Disney tree.”. The cleverly constructed setup is an interactive walkthrough of Tarzan’s life. At the top, one could enjoy spectacular views of other themed sections of the park, as well.

The slowdown continued at the new Fairy Tale Forest as presented by Pandora. Scenes from some of Disney’s beloved princess fairy tales come to life in interactive, miniature scale automata in a whimsical garden setting.

Having decided to pass on the Big Grizzly Mountain Runaway Mine Car in consideration of my Minnie, we hopped on the Hong Kong Disneyland Railroad, instead, for a full roundabout of the picturesque scenery of Hong Kong Disneyland Park. It was also a handy way to get around quickly and easily while enjoying the spectacular views of Adventureland, Fantasyland, Tomorrowland and Main Street, U.S.A.

Deciding to call it a day, we chanced upon the last scheduled show for Mickey and the Wondrous Book and popped in for one last hurrah. The half an hour show lived up to its name with its exciting musical revue stage production bringing new and classic Disney stories to life.

A sudden rainstorm had us ducking into Tomorrowland’s intergalactic spaceport, the Starlight Diner. Of the Western food served in the out-of-this-world setting, we tucked in the flavors the American-style fried chicken basket and beef cheeseburgers, both of which came in Iron man-themed wraps and liners.

Slow renditions of classic Disney themes played on the piped-ins as we slowly made our way out of the park as if to ease us back into the real world. The last of the pixie dust fizzled as the doors of the themed Disney MRT carriage closed at the transfer station back to central Hong Kong.

I left the resort having added more to Disney Magic to what I have long held on to and know that I’ll be back for more. What made it even more magical was having the PussyKat also believing in it and that it was indeed the “Happiest Place On Earth.” 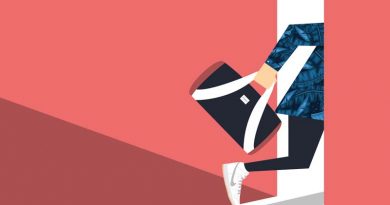 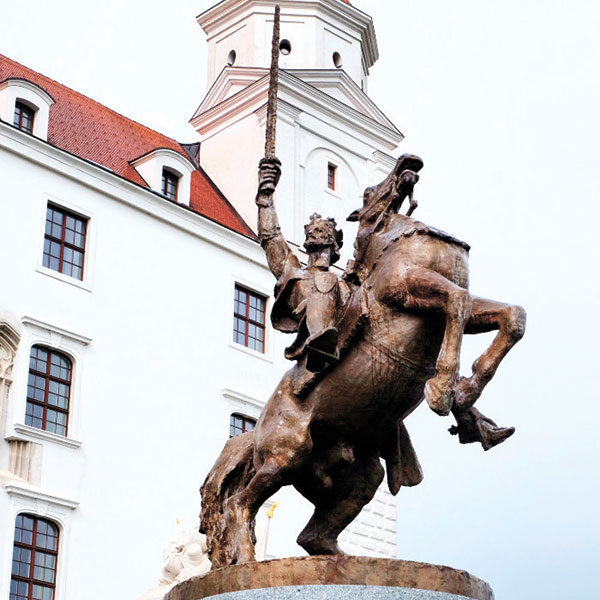 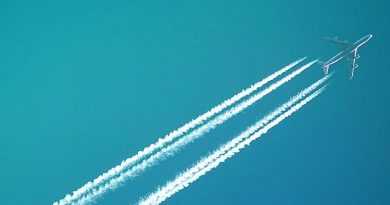 10 Productive Ways To Spend a Layover