RICK Astley rick-rolled the world two years ago when he resurfaced with a very good album, his first new music in 23 years. The man who had become a jokey internet meme proved a master crafter of pop songs. Now he’s proved that wasn’t a fluke. 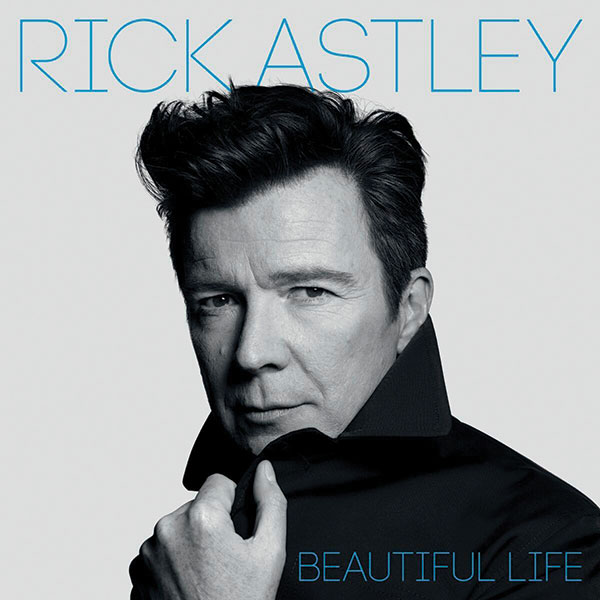 The soulful Englishman with the bouffant hair who sang “Never Gonna Give You Up” in the 1980s delivers again on another dozen tracks of his up-tempo, easygoing-down mix of blue-eyed soul, gospel and dance.

Like “50” in 2016, Astley wrote and produced “Beautiful Life” all alone and performs all the instruments. There’s only one other person who is all over the new album: That would be Lene Bausager, Astley’s wife. Virtually every song celebrates their love. (If that’s not who he’s singing about, he’s in some serious trouble at home.)

Astley just wants to boogie on “Chance to Dance” and wants to be kissed hard on “Last Night on Earth.” His lover gives him a “fear of wanting you too much” on “Every Corner,” ‘’gives me light” on “She Makes Me” and prompts him to “want to run down to the edge of the river singing” on “Shivers,” which has an Imagine Dragons feel.

Astley does eventually step outside his love nest on “I Need the Light,” which nods approvingly at the new generation. “I believe this storm will break/The youth will triumph/Yes they’ll make mistakes/But I know they’ll win.”

It’s back to love songs with the soul-disco “Better Together,” the faux-country ballad “Empty Heart” and the subdued “Rise Up.” On “Try,” Astley offers a torch song for all the middle-aged strivers out there: “I don’t know if I can make it/But just watch me try, watch me try.”

The album ends with “The Good Old Days,” which is studded with sly references to other bands — “A super tramp will sing for me/A full beggar’s banquet” — as Astley celebrates the tunes he was raised on.

“Someone saved my life every single night/When the words and the music played/When the records took me away,” he sings. It’s a fitting song for this 52-year-old pop survivor to conclude with, namely, a clever valentine to music itself. (AP)

Turning up the volume for VisPop!