I sometimes feel like a pet or an adopted child in dates with my couple friends. Sometimes I wonder if I’m there to a.) make me jealous; b.) make me feel good about my single life; or c.) to add spice to their dinner table.

In this particular date, we were sat at the restaurant’s outdoor smoking area because her boyfriend forgot to make reservations. My girl friend would normally freak out, but she was extra nice this instance because she knew there was a looming fight going on.

To be extra safe, my friend even brought me to their date as a shield of support for their expected argument. This was about this afternoon’s Sephora shopping spree.

The whole conversation was very funny until it reached the 30-minute mark. Sigh. There are times when I really wish I was in a real, long-term relationship. And then, my friends kindly remind me why it is great to be single — I don’t deal with problems like these.

My friend sharply called my name, trying to get some emotional backing and support.

“Huh? Sorry, what was that?” I responded. To be honest, I wasn’t listening — for the last 30 minutes I have already been eavesdropping the the duo on the next table to our left, who judging by the awkward small talk, was still on their first date. So far, things have been doing well for that table. The guy shared that he’s a doctor. The girl shared that she knew a doctor. Looks like the stars have aligned for them.

But since my friend has called my attention, I would never know how the first date on the next table panned out. Ah, third wheel duties first.

And the art of being the third wheel is not, ever, to take sides.

Your role is to make them shine as a couple. To remind them how cute they are together. You are not supposed to give them the idea that it’s sooo much better being single. You need them to feel badly for you that you’re single and alone.

“You guys are so cute when you argue. You’re like an old married couple, at least you’re still not arguing about getting too many botox injections,” I said, trying to keep the mood light.

Ahh, it is certainly not my A-game as third wheeler tonight, but I tried. I knew there is some truth in my joke there. I sincerely think that my friend and her boyfriend would eventually get past this argument, get married, live happily ever after, and when they’re older, argue about botox expenditures.

When you’re genuinely interested in people — couples are just as (if not more than) interesting. How couples interact together — their energy, their chemistry, how they look at each other, how they talk about each other when the other is out of earshot — it’s an entirely new ball game.

This is mostly why I don’t mind being the third, or fifth, or seventh wheel. In the first few minutes, you can already discern whether this couple is hit or miss; an “ooohhh” or “ughhh”; in a “honeymoon phase,” or “like-an-old-married-couple” kind. The first thing I notice is their default attitude toward their other: the warmth, the energy, the tone of resentment, the look of dauntless admiration, the desperation of keeping things together… How similar or how the same do they treat their mate compared to a new stranger?

It’s interesting how people can become so blind in love: how people whine about how “he/she doesn’t love me enough,” even when the other drives 12 kilometers a day just to see them. Or how we don’t notice light-as-day red flags; or how we willingly make excuses for the other’s shortcomings.

“Look,” the boyfriend said. He was starting to panic because tears were welling up in her eyes. “My point is, you’re so beautiful with or without makeup.”

Inasmuch as I hated these petty arguments and check-ins that couples have to deal with, I admit it feels kinda nice to have shared that fuzzy feeling. Certainly beats secondhand smoking in the restaurant’s outdoor smoking area. 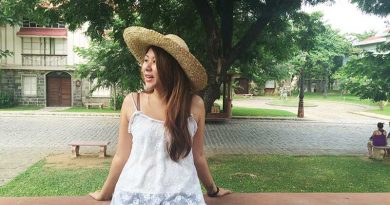