A provocative drama in Oscar-nominated 'The Insult' - Weekend

IN THE provocative Lebanese film “The Insult,” a minor conflict over a gutter between two ordinary men in Beirut spirals and escalates to the level of national significance with the stability of the country hanging in the balance.

The insult in question begins as almost a misunderstanding. A man tasked with bringing the apartments in one part of Beirut up to code, fixes an illegal drainpipe that has been leaking dirty water on himself and his workers. The owner tells him not to touch his apartment and smashes the newly installed pipe. The construction worker shouts an expletive at him.

The rub is that one man, the construction worker Yasser Salameh (Kamel El Basha), is a Palestinian refugee. The other, the owner of the apartment Tony Hanna (Adel Karam), is a Lebanese member of the Christian Party. Everyday offenses and clashes of egos aren’t just annoyances. In this context, they take on the weight of everyone’s history, prejudices and traumas.

Tony, who runs hot through most of the film, is incensed by the Yasser’s swearing and becomes wholly obsessed with getting an apology — much to the bafflement of his very pregnant wife, Shirine (Rita Hayek). Yasser, subdued but proud to a fault, doesn’t think he’s done anything particularly wrong — it was Tony who smashed the pipe, after all — but his boss convinces him to apologize, reminding him that he’s a visitor in “their” neighborhood.

The apology couldn’t go worse. When Yasser arrives to Tony’s auto shop, Tony is listening to some anti-Palestinian rhetoric on the radio. Then Yasser fails to immediately apologize and Tony, once again, gets hot and says he wished Ariel Sharon would have “wiped you all out.” Yasser punches Tony in the ribs, and suddenly they’re dealing with an assault.

The films shifts then to a tumultuous courtroom drama, first with both men representing themselves (to an unsatisfactory conclusion for Tony) and then with high-powered lawyers at their side who stoke the flames of the conflict just as each individual is starting to waver on whether it’s all worth it.

There is drama between the two lawyers too, a father and daughter arguing on opposite sides. The father, Wajdi (Camille Salameh) is a through-and-through nationalist. The daughter, Nadine (Diamand Bou Abboud) is empathetic to the Palestinian plight. Mercifully for those not steeped in the history of the conflict, the smart script makes it easy to get wrapped up in the film without a deep understanding of the situation at the outset.

“The Insult,” as far as I can tell, doesn’t appear to have any obvious agenda or bias, beyond empathy. Each side gets impassioned and compelling arguments made on its behalf, and the audience becomes the de facto jury, weighing each new piece of evidence and revelation. The city and nation outside of the courthouse take notice of the increasingly inflammatory trial — protests in the streets, pundits debating on television, and the sense that violent conflict could break out at any moment.

It’s quite a riveting and thought-provoking journey, with compelling and nuanced performances all around, and, although it is quite serious, not without moments of levity. (AP) 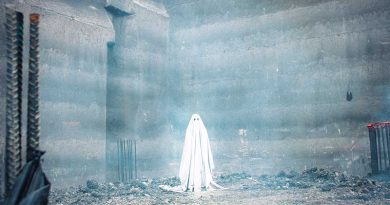 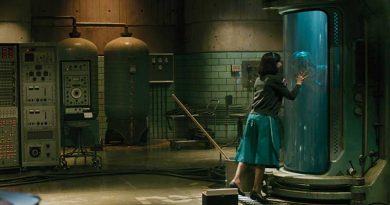 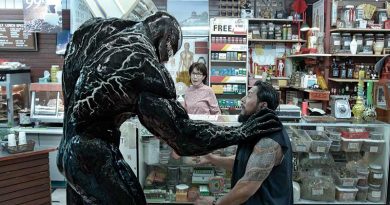 Venom with Tom Hardy is a manic muddle