Run Away and Join The Circus - Weekend 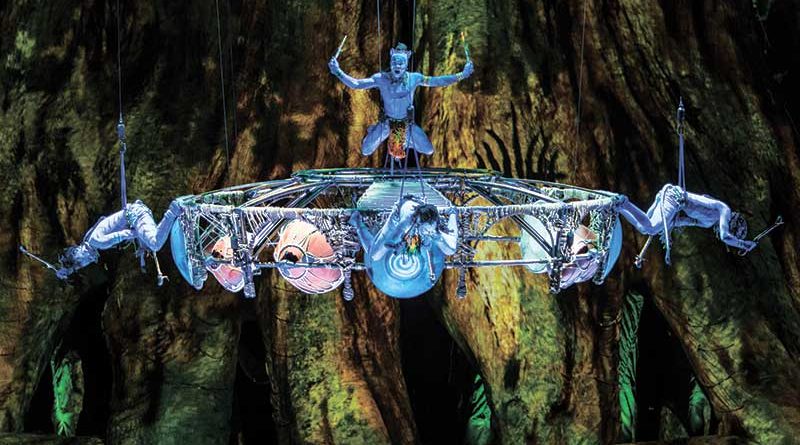 AS A kid, Dumbo had me hooked on the magic of the circus and some touring foreign circuses cemented that fascination. Far too many kiddie parties with local two-bit ugh-crobats in ill-fitting alpha geena costumes helped keep my childhood dream of running away to join the circus in check. The dream was rekindled when I discovered Cirque Du Soleil several years back only to be crushed once again by the fact that my body often confuses the yoga crane pose with my downward dog.

Fewer and fewer circuses “come to town” what with the advent of even more conveniently digestible electronic forms of entertainment. Recently, “The Greatest Show On Earth” Ringling Bros. and Barnum & Bailey said its final farewell after close to 150 years of entertaining generations of crowds. Has the idea of the circus ultimately lost its sparkle? Begging, nay, raring to differ and in the capital from this week is Cirque du Soleil with TORUK – The First Flight. 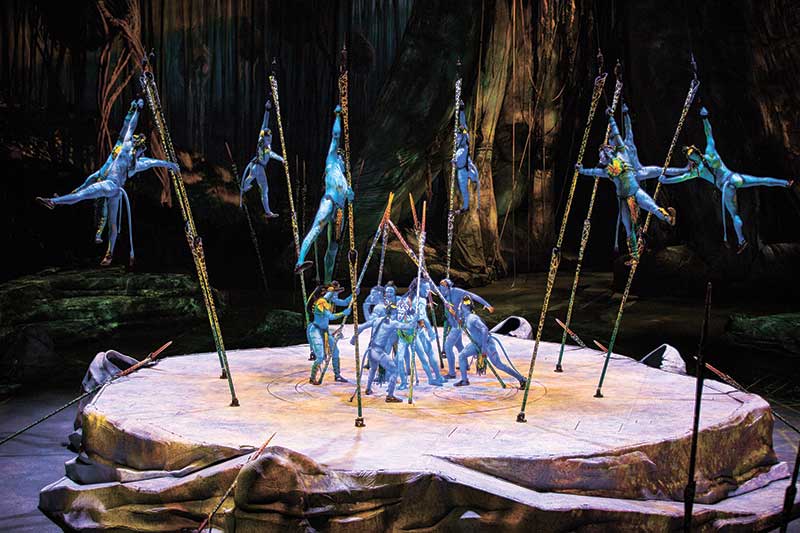 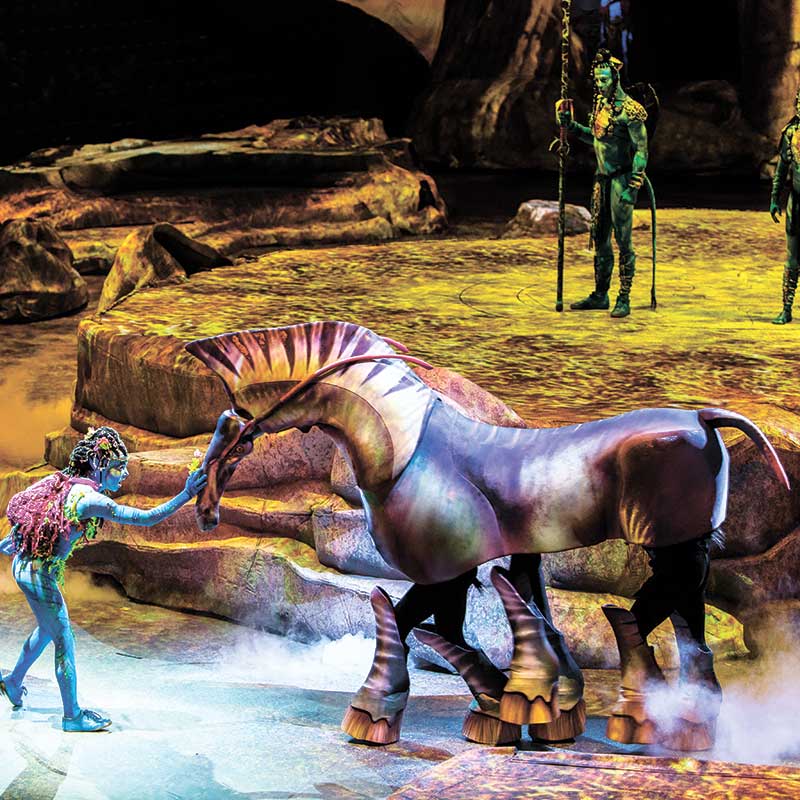 Inspired by James Cameron’s record-breaking movie Avatar, Cirque du Soleil’s 37th production since 1984 has traveled through North and South America from 2015 to bring Cameron’s world of Pandora to life. The Asian leg of the show premiered at the Mall of Asia Arena last June 23 and will run through July 2.

The tale set thousands of years before the events depicted in the film, as referred to in one of the movie’s scenes. A natural catastrophe threatens to destroy the sacred Tree of Souls, Ralu and Entu, two Omaticaya boys on the brink of adulthood, fearlessly decide to take matters into their own hands. Upon learning that Toruk can help them save the Tree of Souls, they set out, together with their newfound friend Tsyal, on a quest high up in the Floating Mountains to find the mighty red and orange predator that rules the Pandoran sky. Prophecy is fulfilled when a pure soul rises among the clans to ride Toruk for the first time and save the Na’vi from a terrible fate. 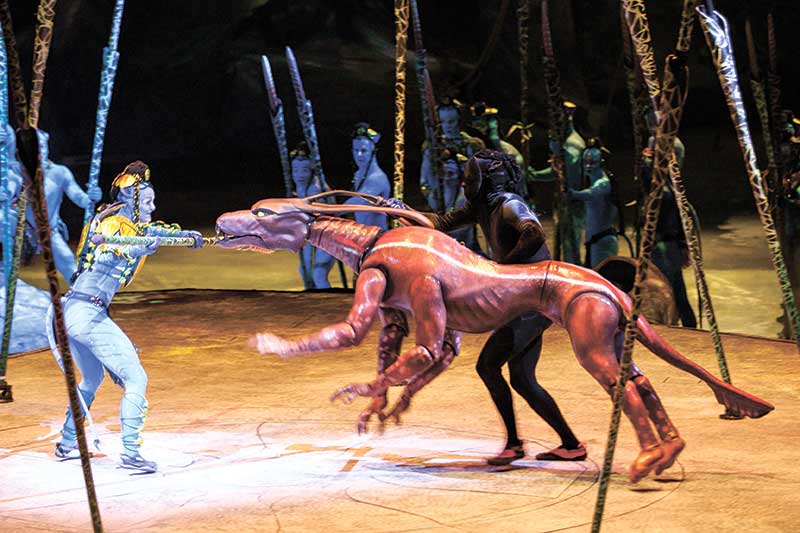 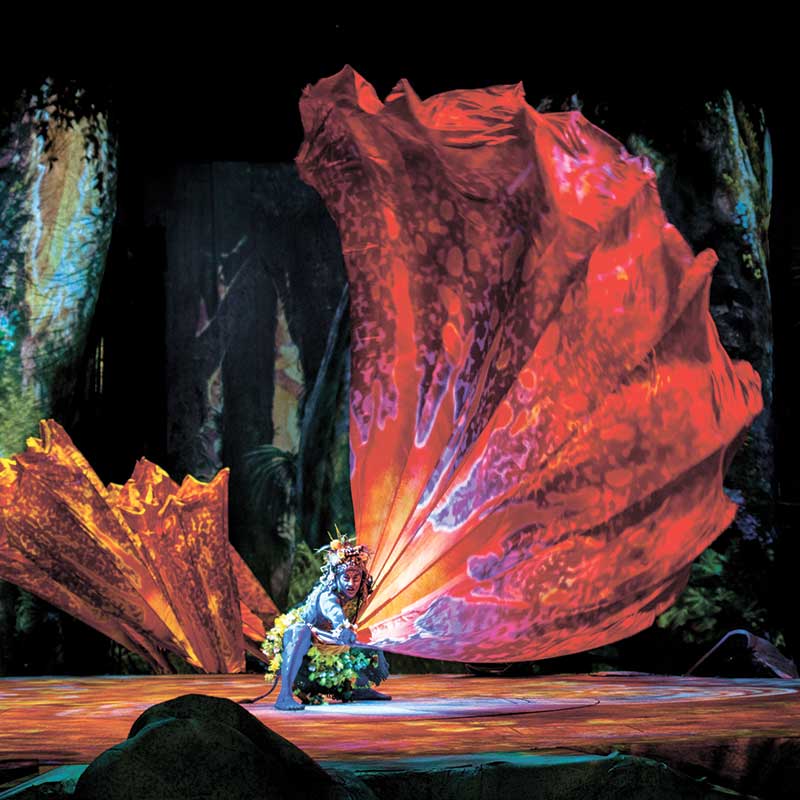 Through a fusion of astounding acrobatics, cutting-edge visuals, puppetry, stagecraft and cinematic score; Cirque du Soleil applies the unique signature style of directors and multimedia innovators Michel Lemieux and Victor Pilon to Cameron’s imaginary world. Though these a bond between two kindred artistic visions is formed in a living ode to the Na’vi’s symbiotic coexistence with nature and their belief in the interconnectedness of all living things.

In another reference to connectivity, Cirque du Soleil also launched a first-of- its-kind app to enhance the overall show experience and enable audience members to be a part of the action before, during and after the performance. The app is available for iOS and Android.

Follow me on IG: @thehamburgero, on FB: facebook.com/hamburgero, and on Twitter:@hamburgero to see the app in action and for other live stories, photos and videos of the show.