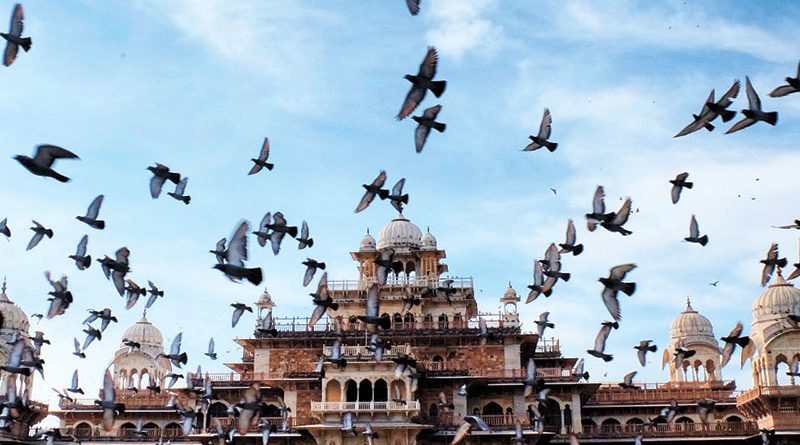 WE PULLED away from Agra midmorning into a five-hour drive to Jaipur. We padded up on parathas at breakfast to fill up for the long ride but VJ knew all too well that we would want bites along the way.

Motels in India are as they are, motorist hotels, along long highway stretches. Rajasthan Motel was a heritage building of sandstone and marble. The steps up immediately opened up into the dining hall. Always a sucker for sampler-type dishes, I went for the Non-Veg Thali Default with salad, curd, papad, pulses, chicken tikka masala, chapatti and basmati rice, washed down with salted lemon water and chai masalas.

We took the bait of carpets strung haphazardly on a line along the highway and got pulled into Kuldeep Durry Udhyog, a random standalone carpet shop in a dusty hodge podge collective of low structures. The hole-in-the-wall was wall-to-wall and stacked on both sides with handmade carpets with a handloom at the far end. Low on Rupees, I jokingly asked the owner if they accepted VISA in all expectation of a negative given the rather gung-ho setup in the remote location. “Yes, sir. We do. Only sometimes signal is bad.” Surprised as we were about that, we weren’t as much that the terminal connection would be weak, but again that the owner took only our available cash and a handshake to guarantee the rest of the payment which we were to remit to his friend in the next city.

Reflections on the earlier events eventually turned into sleep for the remainder of the drive, us waking up to the sight of a city awash in pink. Terracotta pink historically represents welcoming and hospitality which Maharaja Sawai Ram Singh II wanted to extend to Prince Albert in his efforts to gain and strengthen ties to the British Royal family. A law was passed in 1877 making it illegal for buildings to be painted any other color than Jaipur Pink and still remains in effect today.

The most iconic of all the pink buildings here is the Hawa Mahal. The “Palace of Winds” is so named because the five-storey honeycombed-latticework facade allowed the women of the royal household to observe the street unseen from the outside while allowing cool air in.

The photo vantage point is reduced to a challenging several meters from the fenced curb forcing low angles or requiring special lenses to capture the entirety of its magnificence.

Our tour driver and fast bosom-buddy, had us cased within the first few days of our trip and already had a very good grasp of what we wanted to experience by this time. Asked for a local tailor, he swung us to a rather nondescript alley where the decades-old Heritage Textiles and Crafts holds fort. Peacockery is pointless where that bird has the home court advantage so I flamingoed, as written in a separate article, last weekend, The Jaipuri Flamingo.

The leopard-print shoes were purring comfortably on my feet but I was still itching for cultural kitsch. Mojaris are handcrafted Indian footwear unique in their ornamental style, shape, and appearance. Jaipur is the Marikina for these. As cows literally get the first chapatti here, the rest of the zoo steps up to the plate. Goat leather may come as a convenient byproduct of the many “mutton” dishes available but the tougher, more exotic one — well, to us, at least — is camel.

We pressed on for what we promised ourselves would be the last shop for the day. At Rajasthan Gems, we were first toured around their small gem processing area before we were let into their well-appointed showroom. The Mindanaonon in the PussyKat took over as she pored over each display case thoroughly while I got busy with the camera. Intrigued, I asked the shopkeeper about a recurring feature in most homes in the area. “Roses in the water bowl are for fragrance and decoration. These are also symbolic of life. Roses have both beauty and thorns. A beautiful life cannot be had without some pain.” I picked up my jaw from the floor a few moments later wishing I was as poetic when answering what questions.

The next day’s steep ascent to the Amber Fort involved a ride on a decorated elephant. Rocking side-to-side, we couldn’t imagine how royalty endured traveling for days atop these gentle giants across their dominions. The mountaintop fort showed unfolded a magnificent view of the city before allowing us into its magnificently decorated interior palaces, pavilions and apartments.

“Sir, you have queen but queen have no parasol!” Of the many aggressive souvenir item sales pitches at tourist attractions, this line was the most creative. He was one of several who sold overpriced mini parasols in Rajasthani mirror-embroidered patchwork. “It’s ok. Queen have hat.”
“Hey, Chinaman” – 1 ; Indian Vendor – INR 0 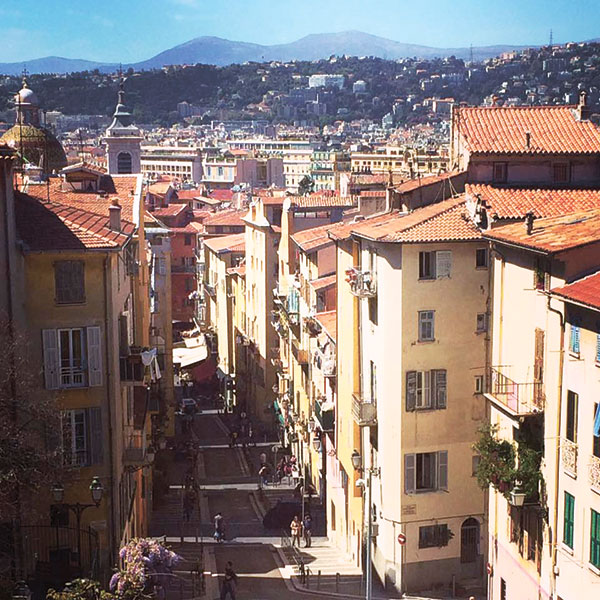 ‘It’s my French right to complain’ 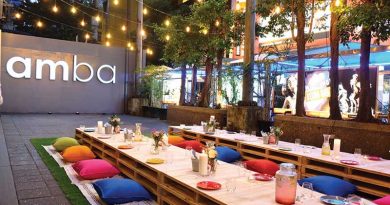 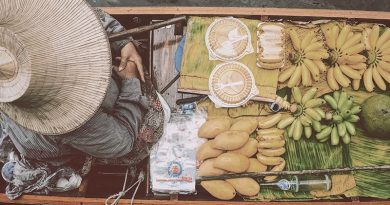