AN interesting phenomenon has taken over the city lately. If you’re not one of them yet, it’s hard not to notice people of all ages walking around the malls, and out on the streets, and even driving around town in search for Pokemons to catch.

When the phenomenal Pokemon Go app was released, I told myself I would never download the app. I couldn’t imagine myself going around looking for Pokemons.

When one of my friends told me I should put lures at Alejandro’s since I had two Poke Stops right there, I couldn’t understand what she was talking about. She said it would be a nice attraction for my customers but only players can put lures on the Poke Stops.

So, I was forced to download the app to be able to understand it and to be able to actually put in the lure modules for the Poke Stops at Alejandro’s.

And the rest, as they say, was history. It’s been exactly 25 days since I started playing and I sit here writing this story at Level 27 (I’m probably at Level 29 already as you read this :p), with 112 Pokemons registered in my Pokedex, just coming in from an all-nighter hunt at 5 a.m., just because I didn’t want to be stuck at Level 26 for a fourth straight day.

What’s comforting to know is that I’m not the only one. There are so many others out there who are just like me and maybe even more “enthusiastic” than I am.

Here are just a few of them with their favorite Pokemons and the reasons why they are fans of the game:

“Rapidash – Mythical fantasy creatures have always astounded and fascinated me ever since I was growing up and this Pokemon is based on a fiery unicorn, an example of that.”

“Playing Pokemon Go brings back memories of me watching the TV series when I was a kid and to actually have them on my hands give new meaning to the song line “Gotta catch ‘em all”.”

“All of them except for Zubat. Zubats are a waste of Pokeballs. There are far too many Zubats where I live, and they’re typically the reason why I run out of Pokeballs. Unlike Pidgeys, which only need 12 candies to evolve, Zubats require 50. Also, if they were real, I wouldn’t eat a Zubat. I’d eat a Pidgey, though. I would also probably eat a Lapras, but I think it would eat me first.”

“There is fun in collecting. From CDs to DVDs and books, I find that there’s nothing quite like the thrill of finding something valuable to add to my collection. And now it’s collecting virtual pocket monsters (what a monumental self-evolution!). Add “location-based” to the fun of collecting, and what you have is a wind-in-the-face grin, running through a mall parking lot with other trainers, just to add a Dragonair to your Pokedex. That kind of thrill perfectly complements the sedentary, home-based work that I have.”

“My favorite Pokemon is Charmander. Besides the fact that Charmander is cute, he also has that attitude of “never giving up” in battles that would eventually lead him to evolve to Charmeleon and Charizard in the anime series. Charmander trusted his instincts and never gave up, especially during gym and trainer battles, thus making him one of the most powerful and competitive companions in the anime series.”

“Pokemon Go has become a phenomenal game that brings everyone (gamer or non- gamer) together. It’s fun and challenging. It’s like virtually trying to find a needle in a haystack when looking for the rare ones. The game also helps us fans rekindle our childhood memories, when we used to wait every Friday for the 30-minute prime time slot just to watch the new episode.”

What about you? Who’s your favorite Pokemon and why do you enjoy playing? Have you chosen a buddy? Just remember not to play while driving and never trespass while playing the game. Remember to be alert at all times and stay aware of your surroundings.

(* Pokemon images grabbed from the internet.) 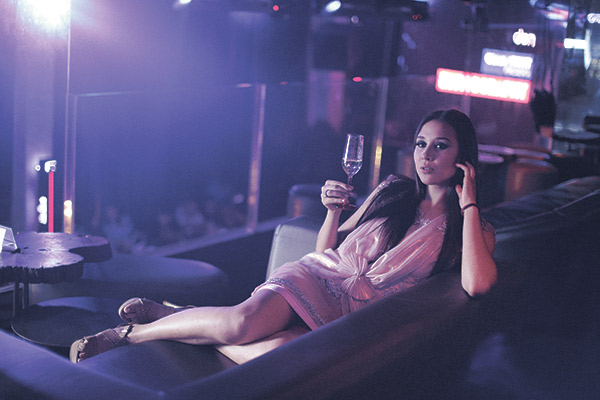 Saying thanks through apps