Child of the coast - Weekend 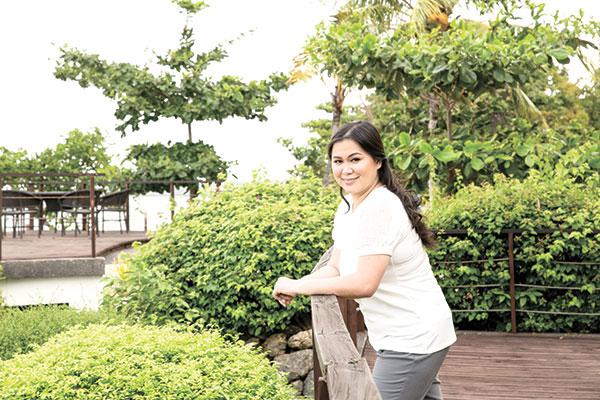 FOUR years ago, Jonnette Alquizola was living the life. At 22, she was residing in Sydney, Australia and excelling at university, balancing it with an active social life and starting a career in their family’s hotel business. Being the only child, she was keen on experiencing independence in a new country, finally being able to say that she could take good care of herself even by her lonesome.

And then came severe back pains. After consulting various doctors in Sydney and in the Philippines, she was told of a diagnosis: cancer.

Jonnette had Ewing’s Sarcoma, a rare type of bone cancer that typically occurs to white, male babies. For some reason, the cancer lodged itself to her spine, causing the indescribable back pains. It was treatable, but the treatment was an aggressive series of chemotherapies, blood transfusions, and endless nausea.

For two years, Jonnette’s life stopped. “I had to stop my life so that I could live.”

Jonnette basically lived in the hospital for two years. “When you start chemo, everything in your body goes down. Your platelets, your energy, your hair, your appetite — it all goes down. The only thing that you had control of is your attitude towards it. That spirit in me. I can’t let that go,” she said.

Jonnette’s spirit and hope got her through the whole ordeal. And she even met several people who served as her inspiration while she tried to survive every day.

While on a weekend break from chemo therapy, Jonnette went to their beach house in south of Cebu where she met some children who were happily swimming at the beach fronting their house. “I called them over and served them some snacks,” she remembered fondly. “And so every after chemo and I’m there and when they see me, they just kind of swim near our house because they know I’ll call them and give them snacks.”

It was there that Jonnette started her foundation, Children of the Coast. Ever since she was young, she always loved working with kids. She had always thought of doing charitable work, having been exposed to it by her family, and having to dedicate her life to helping people. “I felt like my story and my health scare happened for a reason. And I switched my perspective and my life and I decided, why wait? I should do it now. This is my second life and I should use it for a beautiful purpose,” she said.

Children of the Coast is an outreach-type foundation focused on the health, sanitation, nutrition and hygiene of school-aged children that started in 2013, a year after Jonnette’s diagnosis. They were officially registered by 2014. They go to the communities of these children, mostly their schools in far-flung indigent areas in south of Cebu.

From six children, the foundation has grown to help 4,000 children, with seven schools where they do year-long activities with. “We do anything from hand washing to building facilities for the schools to small programs like feedings with proper nutrition where we make sure to use the produce from the local areas. It should be sustainable for them. We have hand washing classes, vaccinations, rainwater harvesting projects for schools with no water — anything related to health, sanitation, nutrition and hygiene,” Jonnette said.

Jonnette’s main inspiration to survive cancer was the children. “I had a picture frame on my bedside of my kids—the kids at the beach house. So I said to myself, eyes on the prize. As long as I finish treatment, I’ll spend my life serving these kids and their families and communities. That’s really what got me through it.”

She decided to dedicate her life to charitable work and work full-time for Children of the Coast, while working part-time as the vice president for business development for her family’s hotel business, Allure Hotel and Suite.

“I always talk about the children in my foundation as my kids. So I say that and people ask me, ‘Oh, are you married?’ And I’m like, no. I just have 4,000 kids but none of them look like me. I’m a single mother to 4,000 kids looking for a father for them,” she said with a laugh.

Fieldwork is hard work, but what makes it worth it for Jonnette are the kids. “I can work from eight in the morning until five easily versus being in the office. It’s really very beautiful. I love it. I really can’t imagine not doing this,” she said. “That’s why even after we slowly expanded, we now have two full-time staff, three part-time and two interns, I still do everything myself. There’s not one event that I’m not there. I have to be there. I promised myself that when I start this, I’m going to keep doing it and I’ll never stop.”

Today, Jonnette is already in two years remission from cancer. She believes that her kids helped her get through the difficult cancer journey she endured. “When I see how everything we’ve worked for impacts the kids, how it changes them and make them grow and take care of themselves, it just reminds me that it was really all worth it. I’m glad I fought hard to survive and now I get to help so many children,” she said.

For cancer patients, Jonnette has one very profound advice: “Wear a wig. Because for me, I had the option to just go around and wear a bandana. I did not like it when people would stare. Sometimes, it just reminds you that you’re sick when people stare. Every time I meet a cancer patient, I always tell them this. It’s going to help you forget that you’re sick. I just felt like you need that source of sanity where you can just go to the mall and feel normal. Try to be as normal as you can. Don’t let the disease take over your life.” 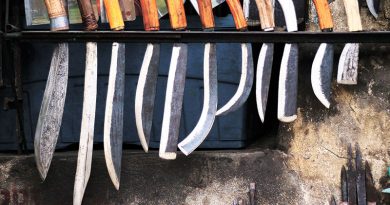 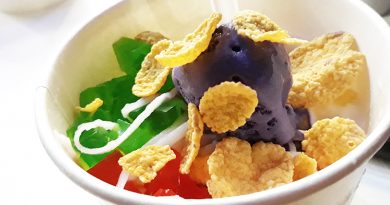 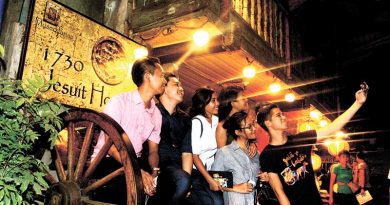