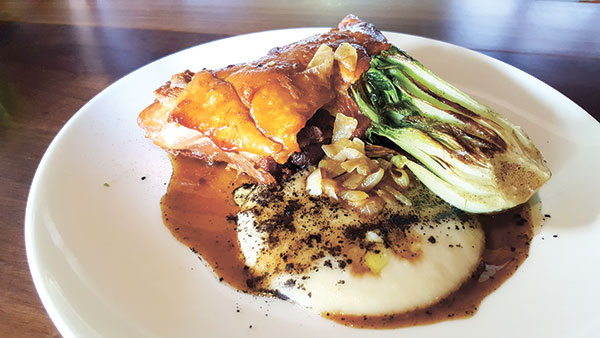 THE way The Pig & Palm rolls off the tongue is quite intriguing, inviting even. That’s not to forget that at the restaurant’s helm is Michelin-star chef Jason Atherton who recently opened the chic restaurant with his Cebuano wife Irha, their first in the country and 16th worldwide.

The Pig & Palm celebrates Cebu’s reputation as a destination for pork. As such, there’s focus on pig-based plates using ingredients sourced from local farms in Cebu, but with a taste of Spanish gastronomy in a contemporary, relaxed environment.

Made in in collaboration with the Athertons’ business partners, Cebu-based property developers Chris and Carla McKowen and architect Lyndon Neri, the restaurant is an exciting addition to the country’s food scene. The “creative taste buds of chef Jason Atherton and the design eye of Lyndon Neri” — in the McKowens’s words — have definitely raised the bar for dining and drinking in Cebu.

Guided with such lofty standards, Chef Atherton and Manila-born head chef Tim dela Cruz have developed a menu of modern tapas-style dishes that focuses on pork and interpreted using the best local produce. Among the “Big Plates to Share,” a must-taste dish is the Roast suckling pig with soya onion gravy apple and mustard leaf. Of course, there’s beef, chicken and fish, like the delightful Local red mullet, clams, beer and bacon.

On the lighter side are the “Snacks & Small Bites,” such as the enjoyable Chicken karaage with sriracha mayonnaise, the highly recommended Chargrilled miso carrots with baba ganoush and walnut pesto, and the addictive Squid crackers with potato aioli and black onion. One of the chefs said the crackers were made from rice blended with squid, flattened and dried, then fried.

Choosing from the “Desserts & Cheese” list can be tough, but Baked 60% chocolate moelleux with sea salt and vanilla ice cream is a safe bet, although you’ll never go wrong with the surprisingly gratifying Coconut rice pudding with mango puree and coconut sorbet. And to satisfy whatever craving is left in you, the Coff’ Medicine — a concoction of Don Papa rum, Kahlua and espresso — ought to do the trick. Or maybe not, since another shot or two might be hard to resist. NSV

* Located on the ground floor of MSY Tower in Cebu Business Park, The Pig & Palm is open from Tuesday to Sunday for breakfast, lunch, and dinner from 8 a.m. to 10 p.m. Email reservations@thepigandpalm.ph or call 09294814668. 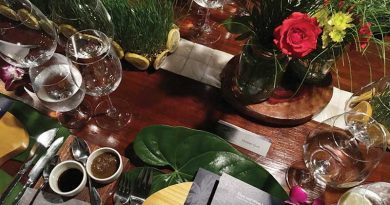 Wine and Dine by the Sea 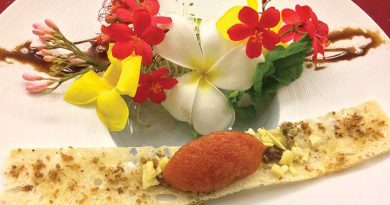 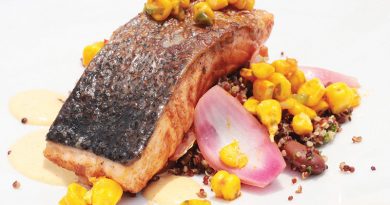