'Lust and Wonder' - A Memoir by Augusten Burroughs - SunStar 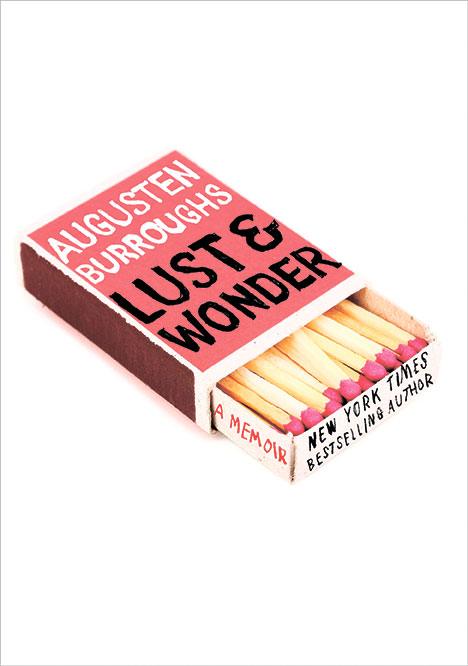 If you’ve read author Augusten Burroughs’ other cynically funny memoirs, you might be surprised by the outcome of his latest book, “Lust & Wonder.” Although he’s still brutally honest about his dysfunctional, damaged past, this group of stories has an ending you’re more likely to find in a rom-com movie.

Burrough’s trademark sarcasm and neurosis elicit giggles from the first page. He’s a walking contradiction: self-deprecating yet condescending, at once vapid and smart, judgmental and forgiving. His complexity and acceptance of his own flaws endear him to readers. But this book is not just a gathering of clever observations, it’s also ultimately a story about finding love, right under your nose.

The book’s structure is a bit confusing. It’s not a collection of essays, and there are no chapters to break up the narrative. It’s a memoir that starts with his binge-drinking days in the 1990s and eventually skips ahead to his most recent relationships. It’s not difficult to follow, but sometimes leaves the reader wondering where it’s going.

Burroughs describes familiar situations in striking detail, making the mundane funny. Describing a man too eager to date him, he says, “He was the dish of wrapped peppermints next to the cash register that I didn’t want because they were free.”

Although he’s a gifted storyteller, there’s an inescapable darkness to Burroughs’ prose. His depiction of depression and anxiety is achingly real, particularly the sense of dread and paralyzing lethargy that sometimes keep him isolated at home. In the recklessness and loneliness of his 20s, he drank night after night until passing out in his shoebox Manhattan apartment. He remembers obsessively watching QVC, buying things he didn’t need and finding kinship with the overnight hosts and callers.

In Burroughs’ previous books, he’s written about how his difficult childhood led to years of struggle with addiction. In this memoir, his evolution from drunk, disillusioned advertising copywriter to sober published author is inspired not by Alcoholics Anonymous or therapy, but by his own creative energy and commitment to writing.

One day, the urge to drink waned and the need to write prevailed. A week later, he produced a draft of his first novel — a spoof of QVC — and realized he hadn’t wanted a drink in several days. New purpose emerged. “The things that happened while I sat in the bluish glow of my computer screen made me feel something harsh and addictive: alive.”

It’s a fascinating lesson in resilience and how the creative process can nourish your soul.

Burroughs’ windy path to a healthy relationship is filled with pitfalls. He often questions happiness and wonders if this is all there is. He describes the anguish of becoming complacent in a relationship that works on a convenience level but not an emotional one. Guilt and the pervasive feeling that he doesn’t deserve love kept him from breaking the toxic bond he had with his boyfriend, Dennis. He doesn’t sugarcoat his mistakes and shows surprisingly little remorse when the relationship finally ends.

While the reader sees a spark between the author and his future boyfriend from the beginning, Burroughs was much slower to catch up to his true feelings. When he finally realizes he’s in love with someone close to him — and has been for years — you want to give him a standing ovation. He manages to make what could have been a corny, cliche moment sweet and satisfying.

Burroughs makes it clear that sobriety isn’t easy and even finding the right person to love doesn’t cure all ills. Seeing him grow and gain the courage to make better choices is a moving experience. For much of his life, he felt numb — either from self-medicating or stifling his feelings. Perhaps “Lust & Wonder” is how Burroughs translates what it feels like to access both his heart and mind at last. (AP)

‘The Platinum Age of Television: From I Love Lucy to The Walking Dead, How TV Became Terrific’

‘Darktown’ – A novel by Thomas Mullen