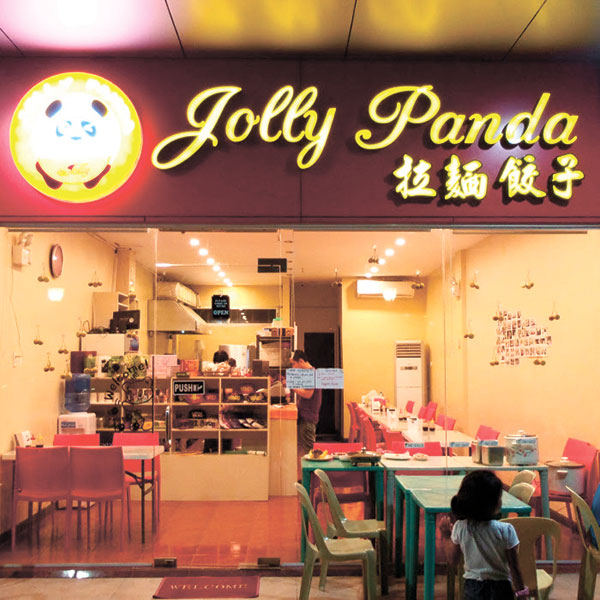 Ask for Chinese and locals would most likely pout-point to any of The Island’s old dragons, identifying with these as the standard and would most likely be turned off by other presentations of authenticity. Having had the luxury of an immersion, Chinese food is now a largely cerebral experience. I enjoy it even more because of what I know on top of the instant gratifications on my tongue.

Chef’s Kurt and Barbs of Carnivore excitedly referred us to one of their food finds. The native-Chinese noodle chef of the Radisson Blu Cebu apparently dropped his Mr. Nice Guy gig to set up shop on his own. I understand the Chinese’s love for their national animal but how that seems to be a brand requirement for some local Chinese food shops of recent is beyond me.

Jolly Panda was a portkey to every eatery I’ve been to in Beijing. Save for some quintessential quirky Chinese wall decals and hangings, it was a pretty straightforward kitchen and dining area setup. The menu was endearingly handmade with literally cut-and-paste photos which already had me salivating in excitement.

The classic Tomato and Egg with Rice is a very simple, classic, all-day stir-fry favorite which takes on the qualities of Ambrosia when one has had too many Tsingtao‘s. Sweet vegetal sours from the tomatoes meld wonderfully with the taste of eggs, the resulting flavor of which both pops out of and marries the plain plane of the rice it is served with.

Their Sichuan Noodle dish brought me back to this roadside mom-and-pop’s with its delicious heat from the chilies and Sichuan peppercorns. A slow-boil gives the broth a savory heartiness to go with the freshness of the hand-made noodles.

With surprisingly low prices for a city location we may have gone over our heads with a third dish of a Mushroom Fish Casserole. We realized we did when the large hot pot arrived packed to the brim with Glass Noodles, Fish pieces, Fish Cakes and Black Chinese Mushrooms. Onions and other vegetable aromatics rounded out the flavors of the fish stock.

I squeezed out whatever is left of whatever little Mandarin I had to begin with to give the chef our compliments after the meal. Beijing-native Arvin Lee was quick to engage in conversation and gave us more to look forward to in our next visit which came barely a month after that. Chef Lee and his wife Amy welcomed us back like we were their longtime friends.

The second run had us started with Bacon and Bokchoy Stir-fry. Slightly thick bacon cuts add robust flavor to the greens with its crisp, delicate leafy flavor brought out by salt and garlic. Green chilies give it a barely there hint of heat with onions bringing a touch of pungent sweetness.

Fresh, hand-pulled noodles were the perfect substrate for the generous ladling of sesame paste in the deceptively simple but very flavorful Cold Sesame Noodles. Sesame paste has a smoky, buttery, slightly savory flavor quite close to natural peanut butter which was well appreciated in the starkness of the starch.

Jolly Panda’s Pork Dumplings were packed tight with minced pork and vegetables almost bursting in its dough wrap. As with the amount of filling so was it packed with the natural sweetness of pork that I often mention. Seasoned ever so lightly, it allowed the enjoyment of the meat’s flavor while a roasted chili dipping sauce balanced everything out with smoky spice.

A meat trifecta of Beef, Pork and Chicken Gizzard is joined by an international favorite, Spam, in their 4-in-1 Casserole. Well rendered cuts of beef and pork get a bit of offal taste and texture from the gizzard and is brought back to the familiar with the Spam slices that had the saltiness tempered by the boiling. Packed as the Mushroom Fish one, it was good enough a meal for two.

While the food comes heavily flavored with my own memories, the unfamiliar would discover joys in these, as well. Perhaps the sweetest finish would be in the bill coming up only to half of what one would pay for the same number of items elsewhere. That and everything else maybe explains the Jolly Panda name. Surely, this one is — me. 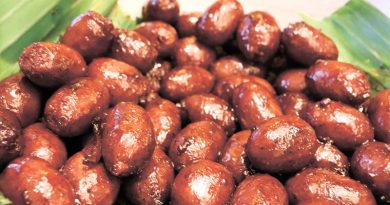 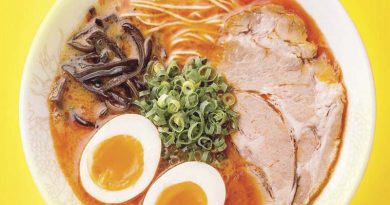 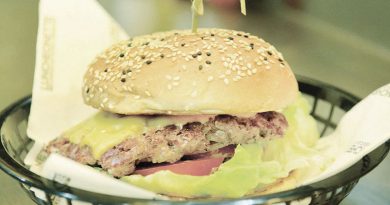