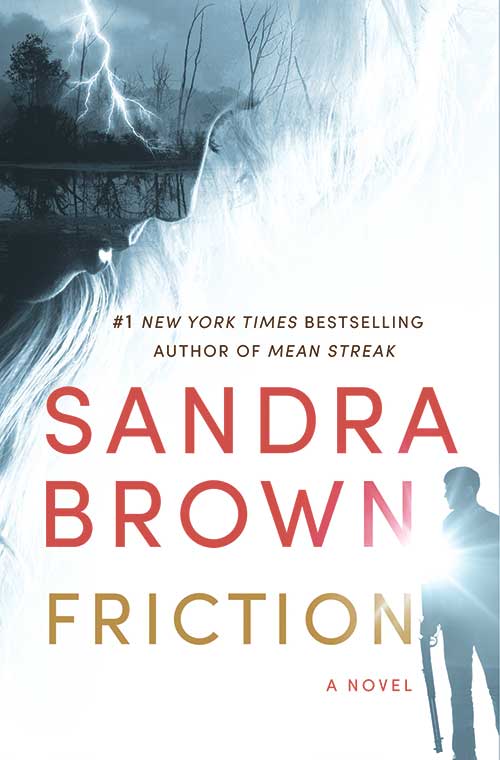 What starts as a custody battle soon dissolves into a conspiracy in Sandra Brown’s latest romantic thriller, “Friction.”

Texas Ranger Crawford Hunt hit the skids after his wife’s death. He began to drink, and even started to slide on his job duties. He turned himself around and is now sober. Hunt also met every court-appointed session and appointment he was required to attend.

Now he’s ready to take back custody of his young daughter from her grandparents. But they don’t want to give her up, especially her grandfather, who blames Hunt for his daughter’s death.

Judge Holly Spencer presides over the custody battle, and when Hunt takes the stand, a gunman walks into the courtroom and opens fire. Acting on instinct, Hunt saves Spencer’s life and also chases the shooter and assists with his takedown. Spencer is thankful for Hunt’s rescue, but Hunt realizes that his actions jeopardize his chances of getting custody of his daughter.

The battle between Spencer and Hunt heats up as he tries to convince her to rule in his favor. She feels that she cannot be fair in her judgment after the incident. Both soon start to question what really happened during the shooting and why someone would target Spencer for execution.

Hunt and Spencer are perfect characters for a story diving into romantic suspense. The secondary characters seem a bit stereotypical, with some designed as nothing more than foils to create conflict. That nitpick aside, Brown has written another gripping page-turner with a few surprises that will enthrall both her fans and anyone who enjoys their tales mixed with a romantic flair. (AP)