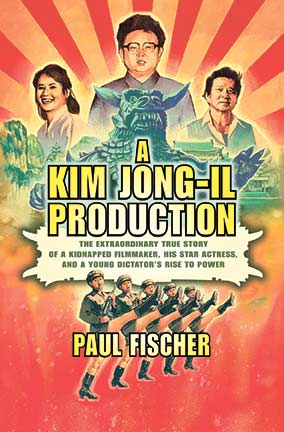 HERE’S an easy one: North Korea’s Kim Jong Il orders a famous South Korean film director and his actress wife kidnapped and brought into the country to remake a tepid film industry with dreams of international glory. Of course you should read this.

People interested in North Korea have been having a book bonanza. The past few years have brought “Dear Leader,” about a North Korean poet laureate’s dramatic defection; the Pulitzer Prize-winning novel “The Orphan Master’s Son,” which synthesizes the strangest aspects of the country; “Without You, There is No Us,” Suki Kim’s memoir of teaching in North Korea; and now “A Kim Jong-Il Production,” about the kidnapping and eventual escape of director Shin Sang-Ok and his lifelong companion, actress Choi Eun-Hee.

With North Korea as sealed-off and opaque to the outside world as possible, author Paul Fischer has relied heavily on the couple’s memoir of their years inside what they described as a surreal world, directed by a man with a bouffant hairdo and 5-inch platform shoes. Kim Jong Il, said to be terrified of flying, brought the world to him through movies. North Korean embassies had been tasked with copying thousands of film prints and sending them home to be translated and dubbed for his personal viewing.

Kim despaired at his own country’s clunky movies and, a fan of James Bond films, apparently came up with a dramatic solution: First the actress Choi, then the director Shin, were lured to Hong Kong, where they were separately seized and taken by boat to North Korea.

It took five years for them to be reunited. After escape attempts, harsh prison life and a hunger strike by Shin, and after a series of guarded luxury guesthouses and brushes with other beautiful foreign captives by Choi, the couple finally learned of each other’s fate in the middle of a lavish party hosted by Kim.

“Jong-Il hovered nearby, an enormous grin on his face, looking like a kid who had just pulled off the most improbable prank,” Fischer writes. “’Well, go ahead and hug each other!’ he said. ‘Why are you just standing there?’”

The reunited couple was soon deep into a secret, multilayered performance, pretending to be won over by their host and transforming North Korea’s film industry while quietly taping at least one conversation with Kim and planning their eventual escape on a rare journey to the West.

Kim, they decided, was the kind of man they had met before “on a smaller scale: talented but not quite talented enough, powerful, jealous, insecure, and boastful; with an overinflated sense of their own importance in the world, a short temper, and an obsessive need to micromanage. Kim was, they thought, the archetypal film producer.”

They also found him, at times, disarming and even charming. This is where the book leaves readers seeking more. (AP)

‘The Secret Language of Stones’ by M.J. Rose