TO what do we owe the second coming of the biblical epic?

A genre that was once as moldy as stale communion wafers has been reborn this year, first with Darren Aronofsky’s “Noah” and now with Ridley Scott’s “Exodus: Gods & Kings.” The resurrection is partly to capitalize on the faith-based moviegoing audience and partly because the Bible offers stories suited to this blockbuster era, offering both spectacle and name-brand familiarity.

More than 50 years after “The Ten Commandments” sandals are back in style. We can only hope the trend will culminate in a seemingly ordained bit of casting: Someone has got to make a Jesus film with Jared Leto.

But big-tent Old Testament tales are no easy sell in times marked by both religious discord and secular disbelief. “Noah” was interesting because it saw the arc-builder as hero of environmentalism, a protector of both morality and animals.

The 3-D “Exodus” also refashions Moses (Christian Bale) for modern times, giving us an elite, action-film combatant who’s less a conduit for God than a strong-minded individual whose beliefs mostly jibe with the deity who secretly appears to him. (God is seen here as an impatient child, played by the 11-year-old Isaac Andrews).

“Exodus” begins promisingly, with a bald John Turturro in makeup. As the Egyptian pharaoh Seti, the father of Ramses (Joel Edgerton) and king to Moses’ prince, Turturro (and the brilliant Ben Mendelsohn’s louche viceroy) gives the film a touch of camp, a necessary ingredient to any successful biblical epic. Scott ought to have kept it up.

However, the director of “Gladiator” and “Blade Runner” isn’t known for his lightness of touch, but rather a monochrome masculinity. His “Exodus” is action-heavy and more interested in the sheer computer-generated scale of the airy Egyptian palaces, the grotesque visitation of plagues (from the bloody Nile to the locust swarms) and the mass movements of the Hebrews.

Yet after Seti’s death and Ramses’ ascendance to the throne, “Exodus” seems to lessen in scope, turning into a mano-a-mano drama between the stepbrothers Ramses and Moses, who’s exiled after the discovery of his Hebrew birth.

For an epic, there are, at best, only two clearly seen characters in “Exodus,” with supporting players like Ben Kingsley (as a Hebrew elder), Sigourney Weaver (as Seti’s wife) and Aaron Paul (as a Hebrew slave) all but inconsequential. Let our people go?

The leads, you may have noticed, are uniformly white, which has spawned a good deal of deserved controversy not abetted by Scott’s defense that his stars were necessary for financing. The skin color of the ancient Egyptians, it should be noted, isn’t known certainly, and historical accuracy is never much a consideration to biblical epics. But that “Exodus” chose to ignore this issue of representation — which has a long dubious history in Hollywood — speaks to the film’s general lack of curiosity. It’s after spectacle, not questions.

“Exodus” — written by the team of Adam Cooper, Bill Collage, Jeffrey Caine and Steven Zaillian — does indeed supply the big scenes. Slowly accepting his destiny and his Hebrew heritage, a bearded Moses rallies the Israelites and leads them to the climactic moment at the Red Sea (which isn’t as sumptuously rendered as you’d expect).

Throughout, Edgerton’s Ramses (who in the film’s best image, wraps a python around himself) is generally befuddled by the happenings. Bale’s Moses is a reluctant, weary prophet. He may be the only actor who would barely bat an eye in scenes with the Almighty. Burning bushes don’t impress this Batman.

The most emotional moment of the film comes after it ends. Before the credits roll, Scott dedicates the film to his late brother, Tony Scott. It adds a tender dimension to the brotherly psychodrama of “Exodus.” But as a self-proclaimed agnostic, Scott would be better to leave Moses to a believer. Two stars out of four. (AP) 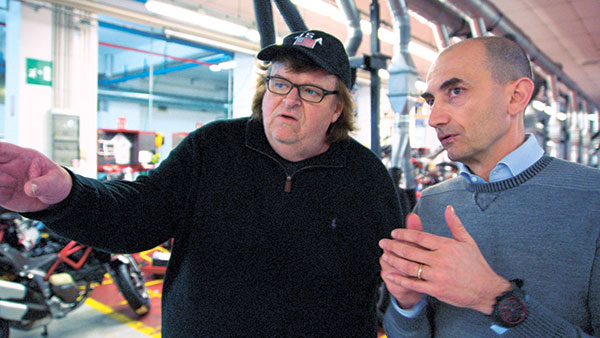 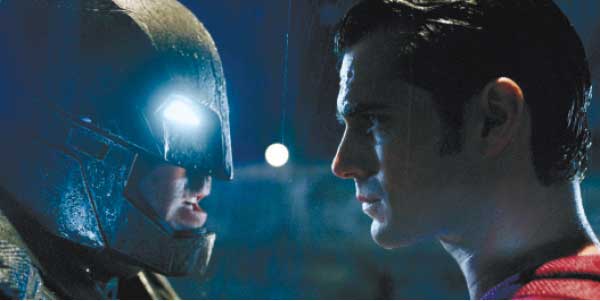 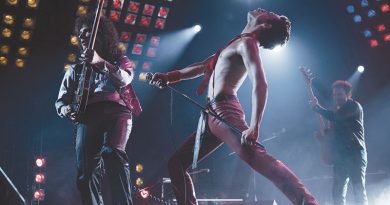