‘The Three,’ by Sarah Lotz - SunStar 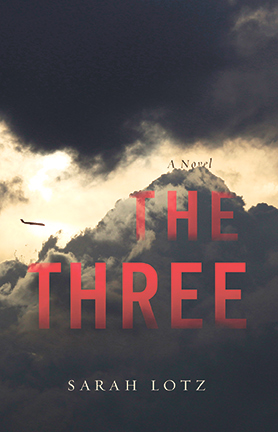 FOUR planes crash in various parts of the world on the same day. On three of these planes, a child is the sole survivor. These children are given the nickname “The Three.” Their lives, and the world at large, will never be the same.

A phone call from a woman just before her death leads a pastor to believe that she was delivering a message from God, and that the children are three of the four horsemen of the apocalypse. His messages begin to promote the children as harbingers of death and destruction. The pastor offers a reward for the child he believes survived the fourth plane crash.

Author Sarah Lotz utilizes a clever conceit in “The Three”: The novel is presented as a reprinting of a nonfiction book, “Black Thursday: From Crash to Conspiracy” by Elspeth Martins. This book consists of transcripts, news articles and interviews with the children’s relatives, neighbors and friends. Telling the story in this manner makes the reader feel like a detective along with the author as Martins looks for answers.

What she learns reveals that the children seem not to be the same as they were before the plane crashes, lacking both grief and any social skills while also appearing to have some special powers. Did demons or aliens possess them? And how did they survive?

The book’s finale supposedly explains everything, but actually reveals little, and Lotz leaves too much unanswered. Still, the journey is compelling, and Lotz deserves credit for developing an imaginative tale and telling it in a unique way. (AP)

‘End of Watch’ – A novel by Stephen King