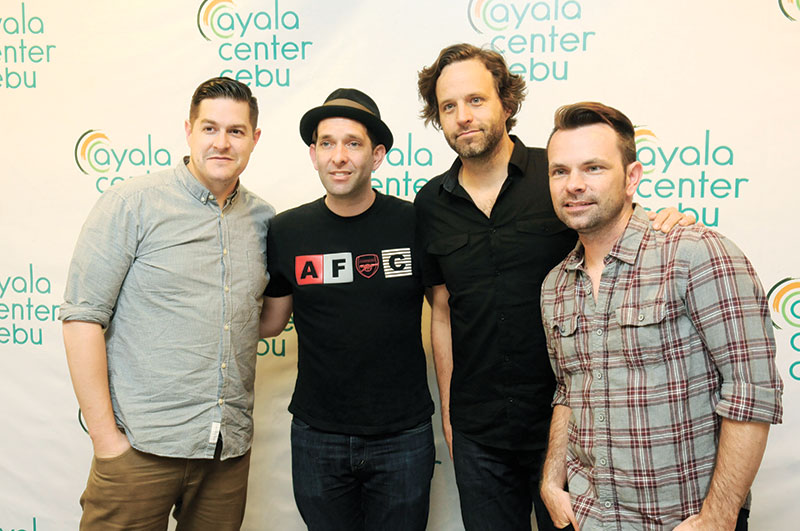 By Chelzee Salera, UP Cebu Intern
Photos by Arni Aclao

FANS of Grammy award-winning Christian rock band Jars of Clay cheered at the top of their lungs and braved the rain as the band started to fill the Ayala Center Cebu Terraces with songs of revival and inspiration.

Jars of Clay shared their music to Cebuanos last April 12 to promote their latest album “Inland,” which carries songs that relay stories of “the journey to the unfamiliar.”

Best known for their hit songs “Flood” and “Liquid,” Jars of Clay broke into the music scene in the mid-90s, a group of college students from Greenville College in Illinois who fooled around with their guitars. Now an international household name, the band continues to make music about hope through the stories of regular folk, their struggles and successes.

But during a press conference before the concert, Jars of Clay members Dan Haseltine (vocals), Charlie Lowell (keyboards), Stephen Mason (lead guitars) and Matthew Odmark (rhythm guitars) admitted they are now a far different band from when they started out some 20 years ago.

The band, whose name was derived from a Corinthians verse, was formed after music majors Haseltine, Lowell and Mason started collaborating to write a song for a class recording project at Greenville College. Odmark later joined the band to replace a guitarist who decided to finish school and settle down. After getting numerous offers from record labels, the band moved to Nashville, Tennessee.

In 1995, the band released their self-titled album “Jars of Clay,” which went multi-platinum. Shortly after, the band won a Grammy for their sophomore platinum album, “Much Afraid,” as Best Pop/Contemporary Gospel Album. Two Grammy awards followed suit: one for their third album “If I left the Zoo” in 1999, and for their fourth, “The Eleventh Hour.” Released in 2013, “Inland” is their 14th album.

“We were young. We were trying to clarify faith. Writing was focused on us. But now that we know more, we are just trying to enjoy and embrace the mystery of life and the freedom to serve,” Mason said during the press conference.

Jars of Clay said they realized a bigger purpose of song writing when they volunteered to provide clean water well systems to 1000 locations in Africa in 2002.

“After spending some time in Africa, watching people walk miles and miles to get water, watching them carry with all kinds of diseases, we felt like we had a story to tell” Mason said. Because of this epiphany, Jars of Clay launched the 1000 Wells Project in southern Africa in 2005 and took their music to another level.

The band now sees song writing as a venue to relay important messages that would improve the human condition.

“Songwriters must observe, take time to look carefully, write true stories, tell the truth about the human condition because the best stories that each of us has to tell is our own,” Mason said.

CHVRCHES, ‘The Bones of What You Believe’ 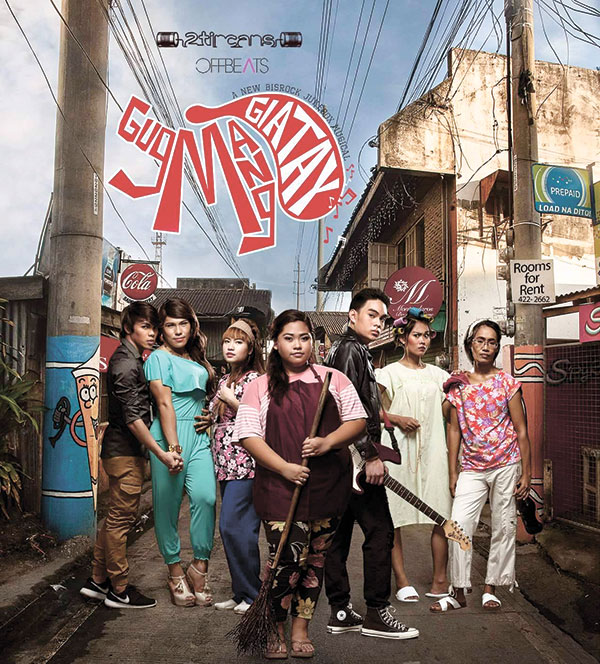