‘The Invention of Wings: A Novel’ by Sue Monk Kidd - SunStar 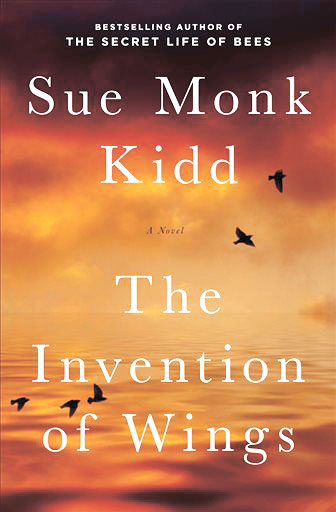 MEET Handful, 10 years old, a sewing prodigy and a slave. Meet Sarah, 11 years old, a voracious reader and Handful’s unwitting owner. They are the stars and alternating narrators of Sue Monk Kidd’s new novel, “The Invention of Wings.”

Kidd, whose best-selling debut, “The Secret Life of Bees,” was the basis of a movie starring Queen Latifah, Alicia Keys and Jennifer Hudson, again explores an usual relationship between black and white female characters. This time, she bases the novel on the life of Sarah Grimke, a 19th-century abolitionist from an affluent plantation-owning family in North Carolina.

Kidd imagines Grimke as having witnessed a slave flogging at age 4, an event so traumatic that it left her with a mostly lifelong stutter. When presented with her own slave on her birthday, the precocious Sarah — who fancies a future as a jurist — consults her father’s library and draws up a manumission document. The next morning, she finds it at her bedroom door, torn in two.

The book’s characters tend toward caricatures and its plotlines are mostly unsurprising. But Kidd writes beautifully and the book shines brightest in illuminating the daily humiliations and abuse of slavery.

The inhumane working conditions are illustrated by Handful’s pithy observation while beating washed bed sheets on a rail to dry: “The rail in the stable was forbidden cause the horses had eyes too precious for lye. Slave eyes were another thing.”

The disregard for familial relationships is painfully clear when marriage and death in the Grimke family leads to the redistribution and sale of slaves’ children and siblings. Most excruciating are the descriptions of the various punishments inflicted on slaves, from liberal cane-whippings to a gruesomely creative one-legged punishment to the treacherously hard labor at the city’s Work House.

‘Once a crooked man’ – A Novel by David McCallum