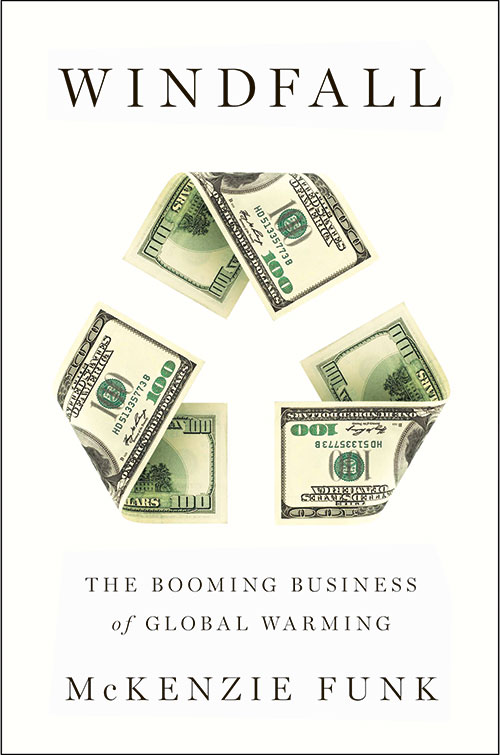 APPARENTLY, if you look at climate change the right way, it looks like money instead of disaster — if you’re looking at it from a corporate boardroom, for example, and not, say, coastal Bangladesh.

Journalist McKenzie Funk spent six years traveling the world to report “Windfall,” his account of how governments and corporations — many of whom heavily contribute to the problem of global warming but balk at mandates to cut greenhouse gas emissions — are confronting climate change with engineering, money and lawyers.

Funk has written a fun book humanizing the problems of climate change, focused on the colorful entrepreneurs who see in an increasingly inhospitable world with golden opportunities for indoor skiing, firefighters employed by insurance companies, Dutch-made seawalls and floating beaches for South Pacific resorts that otherwise might disappear.

He finds that, for those who can afford to adapt, things will be fine, probably. Then he investigates what will happen to everyone else — the Bangladeshis stuck on the wrong side of an Indian border fence, the Africans frantically trying to build a wall of trees to keep the Sahara from expanding, the proudly independent island nations told to consider merging since they’re all losing land anyway.

Funk doesn’t waste time with climate change skeptics — there’s enough scientific evidence to back up the environmental effects he describes. Instead, he considers a thornier issue: the true cost of adapting to climate change. (AP)